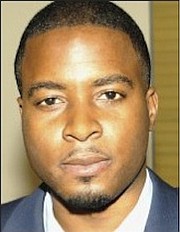 ON Sunday, I suffered a harrowing experience at the hands of two officers of the Royal Bahamas Police Force (RBPF). It opened my eyes to the abuses, disrespect and breaches of constitutional rights that so many Bahamians have been subjected to by rogue elements of the police.

I won’t discuss that experience here as that experience is being addressed via other means. However, I will spend the next few weeks looking at the issues confronting the police force, with insider information and a critical view to offering suggestions that could hopefully better policing tactics, training and so on.

Indeed, though I have experienced some of the worst of the worst, I believe that the RBPF is still home to some of the most credible, decent Bahamians. I have a number of friends and family members who are police officers. I find many of them – if not all – to be people of impeccable character and integrity who would not sacrifice the truth and what is right for some expedient means. What’s more, there are far too many in the upper echelon of the police force who merely pay lip service to change.

These days, quite a number who join the RBPF are barely literate. The force has seemingly been recruiting, in some respects, from the bottom rung of society and hiring folks merely on the recommendations of MPs, pastors or as some political favour. Many of these people are unemployable elsewhere. Some of them have no real skillset.

I was recently sent a copy of one of the social studies examinations given to new recruits. I decided to test my six-year-old son with it. He was able to answer half or nearly half of the questions. So, should my six-year-old now be allowed to join the force? After all, he must have scored at least half the percentage points needed to pass that exam.

We have horrendous systemic challenges that have resulted in a subset of officers who bring discredit and disrepute to the police force and who thereby dramatically undermine public confidence in the RBPF and the other uniformed services.

The fact that we have not aggressively dealt with the challenge is, in part, a reflection of the culture of criminality in The Bahamas and a culture that has perpetuated and worsened the problem. We need, more than ever, to encourage, introduce, maintain and cultivate a culture that does not condone or allow the type of boorish behaviour that has allowed the RBPF to deteriorate so dramatically in the eyes of the Bahamian people.

Every dirty or corrupt or overreaching or abusive police officer creates untold damage to the rule of law and the level of lawlessness in this country.

It is no wonder that the community no longer trusts the police. In some instances, what we are witnessing can only be likened to the fox guarding the henhouse. There is no place for that.

I have received an outpouring of support after people heard of Sunday’s incident concerning me.

In one case, a young lady told me that she was involved in a traffic matter. She stated that she went to a police station to fill out a report. She is attractive. The officers that she interacted with at that station, I am told, insisted that they needed to take a picture of her and that she needed to take down her top and bra. She was offended by this but in the end, she felt threatened and ended up feeling as if she had no choice. This is unacceptable.

In December, 2015, President of the Bar Elsworth Johnson was told by a junior police officer to “carry his arse”. He was attending a police station to see about a client. These rogues must be weeded out immediately.

I am inviting readers to send me stories of your encounters with police officers. I will be “parked” on this topic for the next few weeks and I look forward to your responses.