Capturing The Blue And Beyond 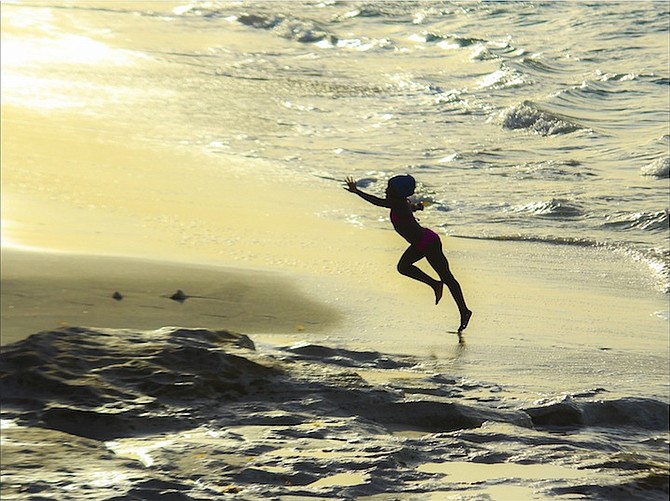 The Girl Who Dances With The Sea. Photo: Alessandro Sarno 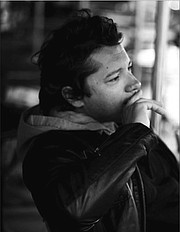 ALESSANDRO Sarno, an Italian with a passion for travel and, now, for photography, first came to the Bahamas in 2008 and has been coming back every year since.

Inspired by the life and natural beauty he has found in the islands of the archipelago, he is putting on his first photographic exhibition of 40 of the many images he has captured, which he hopes will encourage visitors and Bahamians to travel beyond Nassau to the Family Islands.

For Mr Sarno, his first trip to the Bahamas sparked a love for the country, its culture and people. Before coming, he had never really owned a camera, nor taken a picture, but felt compelled to buy one to capture the hundreds of shades of blue of the sea.

Those heartfelt experiences, he said, led him to pursue seriously the art of photography. The idea for the ‘Blue and Beyond’ exhibition, which opens on Thursday evening, came from his recent coffee table book of the same name, a curated collection of moments he has captured over the past eight years of his travels around the islands.

“I mostly travel alone (and I love it) because it’s the only way I can completely open myself up to experience the places and the people I encounter along my way,” Mr Sarno said. He doesn’t have a specific subject he likes to capture, even though his photos mainly focus on people, landscapes and wildlife, but rather he seeks to find the beauty in the little details he notices during his journeys.

Mr Sarno said his photographs, which feature in The Tribune’s Weekend section periodically, seek to take you beyond the sea and beachscapes, shifting the focus on to the scenes of everyday life. His work celebrates the freedom and simplicity of the islands.

He enjoys seeing Bahamians blending into the marvellous naturearound them and wishes that more and more parents would teach a sense of respect and appreciation to their children.

“Blue And Beyond aims to inspire more and more Bahamians to appreciate the beauty of their own country, and at the same time, to rouse visitors to this bountiful place to travel beyond Nassau and to explore the Family Islands,” he said.

Among others, Mr Sarno’s favourite shots are ‘The Girl Who Dances With The Sea’, captured on the western end of New Providence with the sun descending, which depicts how children after school enjoy the beach and feel a deep connection with the sea. ‘The Girl In Her Sunday Dress’ was taken on Love Beach and has been chosen as the centrepiece of the exhibition as it represents the future of the country. It tells about the love for the ocean but looks far beyond it in search of inspiration in her life. ‘Old Lady Reading The Bible’ was captured in 2009 in southern Eleuthera and tells the story of a woman who finds comfort in the Bible while her intoxicated husband is inside the house.

Mr Sarno is currently working on a new book, dedicated to Cat Island and its people. He also designs bespoke itineraries for the places he knows and loves for the discerning traveller who wants to discover The Bahamas, New York, Miami and the Veneto region of Italy through his High Blue Travel consultancy.

The ‘Blue And Beyond’ photographic exhibition runs from February 11 to 28 at The Ladder Gallery at New Providence Community Church, Blake Road.