Convict Gets Extra Two Years In Jail For Escaping Custody 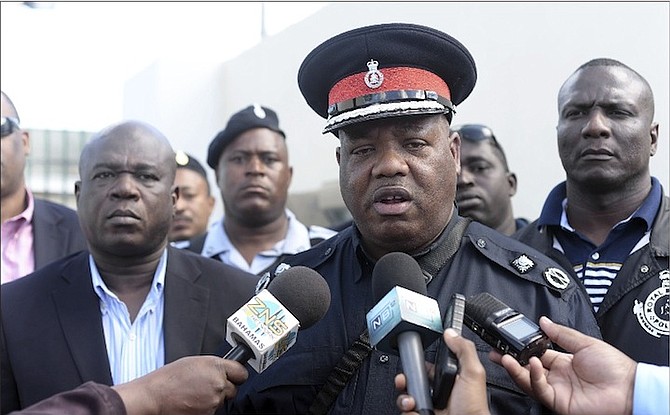 In an arraignment before Chief Magistrate Joyann Ferguson-Pratt, the 26-year-old was given 24 months imprisonment upon pleading guilty to the charge of escaping lawful custody.

Leon was rebuked for his actions, which the chief magistrate said put the entire island of New Providence “in fear” after police described him as being an armed and dangerous fugitive.

“We just didn’t know where you were,” the chief magistrate said.

“It is very brazen, the manner in which you sought to make good on your escape. There were numerous appeals in the media calling for you to surrender yourself voluntarily and that fell on deaf ears. And I don’t take this matter lightly,” the chief magistrate stressed.

Leon was discovered at a home on Fire Trail West off Gladstone Road shortly after 11pm on Wednesday.

On February 2, Justice Bernard Turner told Leon he would be sentenced on February 16 concerning the murder of Fransisco Hanna, but as he was being transported back to the Department of Correctional Services following the hearing, Leon escaped from a police bus on York Street, off East Bay Street, around noon.

Leon’s lawyer, Stanley Rolle, had asked the court yesterday to consider his client’s outright admission of guilt as an expression of remorse.

“It suggests the convict is remorseful,” Mr Rolle said.

“What suggests that?” the chief magistrate asked with apparent scepticism.

Mr Rolle said the early plea of guilty, coupled with his client’s relative youth and the fact that he has two children, deserved leniency.

The lawyer said the Court of Appeal decision of Bernard Jerome Ferguson in a housebreaking matter addressed such issues.

To this, the judge asked: “You’re comparing housebreaking to murder?”

Mr Rolle said he was not, but that the case authority was still something for the court to consider.

“It is certainly something to consider that a man had already been convicted. That is a more grievous position than that of one awaiting deliberation,” the magistrate said.

Mr Rolle then asked the court to bear in mind that there was no suggestion of violence during Leon’s escape.

“There was no violence in his apprehension,” the lawyer added.

“You’re suggesting this defendant be given a lenient sentence and that this court ought to allow him to try again?” the chief magistrate asked.

Mr Rolle asked the court to consider the mitigating factors in addition to the aggravating.

Police prosecutor ASP Clifford Daxon said Leon did not deserve mercy in that he ignored two weeks of constant appeals for him to surrender himself voluntarily.

He also urged the court to recall that Leon was awaiting a sentence for the most serious offence on the law books.

Addressing Leon, the chief magistrate said: “I wanted to see what were my sentencing powers because Section 44(1) of The Penal Code indicated that the maximum sentence is two years.”

“I pause there because had this court been empowered to give a greater sentence, this matter, I believe, warrants it.”

“I would have wished to give a greater sentence. Your behaviour is unacceptable and you’ve brought the whole process into disrepute,” the chief magistrate said before handing down the sentence.

A woman who allegedly harboured Leon was also arraigned yesterday on the charge of harbouring a fugitive.

The prosecution had not opposed bail but the chief magistrate said she was not inclined to grant a bond considering the circumstances.

However, she said she would give the Key West Street resident a March 30 trial date, the earliest available date for the hearing of the case.