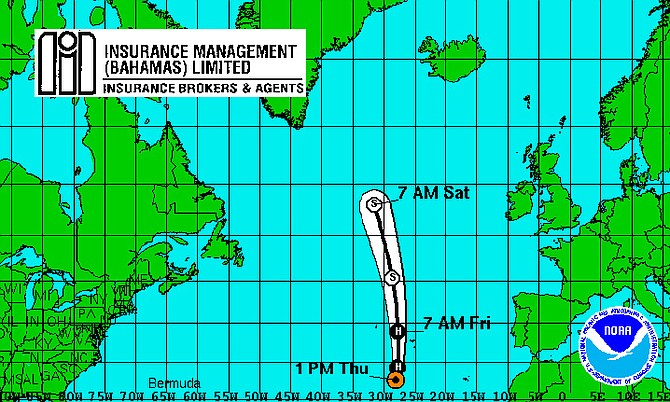 A RARE January hurricane in the Atlantic weakened to a tropical storm on Friday morning after moving over the Azores.

Tropical Storm Alex's maximum sustained winds had decreased to near 70mph and was it moving away from the Azores, where it brought rain, high waves and wind. The storm is expected to lose tropical characteristics later in the day, according to the US National Hurricane Center.

Alex was centered about 35 miles north of Terceira in the central Azores and is moving north near 28mph. As a hurricane, Alex was the first hurricane to form in the month of January since 1938.

The archipelago has a population of around 250,000.