Doubts Over Whether $100m Will Cover Primary Phase Of Nhi 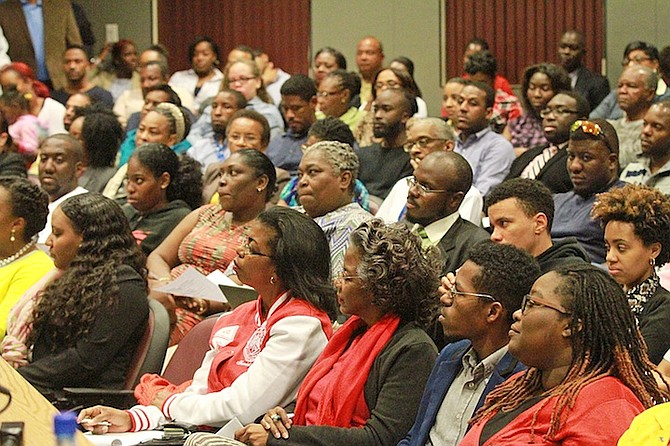 Mr Burrows said the information the government used to arrive at such a figure was based on data that was “at least eight years old” and subsequently “not built out of anything concrete.”

Speaking at a press conference yesterday, Mr Burrows also questioned the government’s capacity to manage itself as a public insurer, predicting that “significant conflicts” will arise as a result.

In December, NHI Project Manager Dr Delon Brennen announced that the first year of primary healthcare services under NHI would cost $100m. Primary healthcare is expected to come on stream in April of this year.

However, at the time, BIA Chairman Emmanuel Komolafe questioned how the government arrived at the figure, considering that the insurance industry hadn’t provided the government’s secondary NHI consultants PricewaterhouseCoopers (PwC) with the industry’s data on costing.

“Regardless of the extrapolations that were done, those numbers were not hard and fast and were not built out of anything concrete,” Mr Burrows said yesterday. “So there is a significant concern as to whether that $100m will really cover the first year’s cost.”

“So sometimes you hear a lot of numbers and you hear a lot of phases. The major concern when you talk about NHI is not what happens with primary care being issued or catastrophic care being added and when it happens, it’s what is the ultimate cost of National Health Insurance when it is fully implemented? What are the exact stages that will be put in place and what are the timeframes for its implementation?”

He added: “One of the scariest things is to launch something and then have no idea as to what is going to happen after that launch.”

Mr Burrows also highlighted the BIA’s concerns with the government’s capacity to manage itself as a public insurer.

He added: “Based on the experience to date, government corporations have not been run effectively and efficiently, and in our opinion it will be basically another instance of that regard. So our position is that with the current seven private insurers that are currently available in the health space, that is more than sufficient to meet the needs of the current NHI scheme.”

NHI is expected to be phased in over a five-year period.

According to a statement released by the NHI Secretariat on Sunday night, the plan will include five phases: registration; enrolment; primary health care coverage; select catastrophic coverage and full benefits coverage.

According to the statement, primary coverage includes doctors visits, prevention services, diagnostics, and medication through a primary care provider.

Registration for NHI began on Monday.

doubts over everything NHI

Somebody start a betting pool on the odds of them saying they need to add in additional funding to that 100M before the year is up...which numbers house gonna take my bet!!

birdiestrachan is advising the Government !