Tribune Cartoonist Is Named An Icon 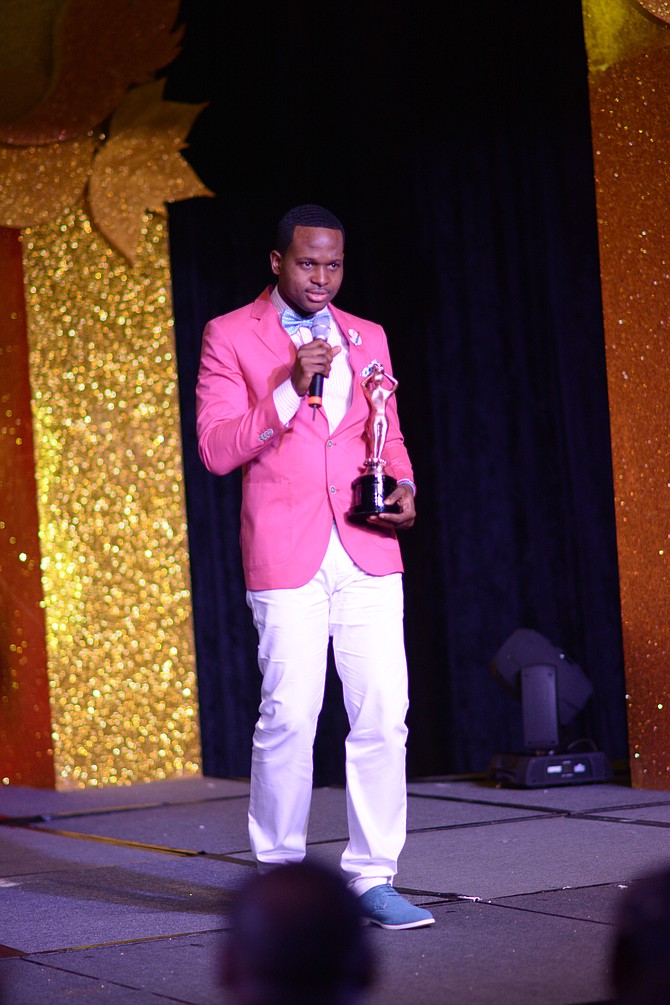 TRIBUNE cartoonist Jamaal Rolle won a Bahamian Icon Award on Saturday for his achievements in fine arts, telling the newspaper that his international acclaim cannot compare to being “accepted by my fellow Bahamians”.

Mr Rolle said yesterday the award was a “long time coming”, adding that being recognised as a local icon serves as “good encouragement” for up and coming Bahamian artists.

Mr Rolle - aka The Celebrity Artist - has forged a global reputation for his lifelike portraits and depictions of various figures and personalities from all over the world, including such personalities as Oprah Winfrey, Michael Jordan, Prince Harry and many others.

In April, Mr Rolle received a congratulatory letter of gratitude from US President Barack Obama for portraits he drew of President Obama and his wife, Michelle.

In 2014, he received a ringing endorsement of his portrait work from former US presidential candidate John McCain for the portraits he drew of Mr McCain and his wife Cindy.

And in 2013, Mr Rolle received praise from Hollywood star Mark Wahlberg while the latter was a guest on the US morning TV show “Live with Kelly and Mike”.

Mr Rolle suggested that winning the Bahamian Icon award was the proverbial icing on the cake.

“I’ve been embraced and acknowledged by international and famous people like Oprah, Prince Harry; my work has been acknowledged by Pope Francis, actors, people from all over the world, and just recently, President Obama,” Mr Rolle said. “But nothing makes me more proud than being congratulated and accepted my fellow Bahamians.

“I think particularly during this independence time, I’m so patriotic as a Bahamian - I wear my Bahamian pin when I travel, I proudly say I’m from the Bahamas when people ask me where I’m from. So it’s a good feeling. I think those other accomplishments from all over the world cannot compare.

“Because that’s one of the hardest things to accomplish – being accepted by your own people. Usually you have to go away to be accepted. But it feels good.”

Still, Mr Rolle said while the award is a stellar accomplishment, what makes it all the more special is that he received it for excelling in his passion.

“I just did art because I love it,” Mr Rolle said. “I love to make people feel good and just to see the joy on people’s faces when they see my art work. To see me become a celebrity to celebrities, people who I look up to and I’m a fan of, to see them become fans of me, it’s a really good feeling.

“So I don’t have to get an award for doing these things. I just did it because it’s what I love to do. The awards and the shiny stuff, the recognition, I’m not really a flashy person so it doesn’t really matter that much. But at the same time I appreciate it.”

Mr Rolle has been The Tribune’s daily cartoonist for the last six years and his cartoons appear on the editorial page (four).

The Bahamian Icon Awards was launched in 2013 and recognises Bahamians who have excelled in various fields.

The list of winners and more photographs in tomorrow’s Tribune

"Because that’s one of the hardest things to accomplish – being accepted by your own people. Usually you have to go away to be accepted. But it feels good.”

Mr Rolle said he has already received praise for his award from numerous people and dignitaries, including Tourism Minister Obie Wilchcombe, former Prime Minister Hubert Ingraham and Long Island MP Loretta Butler-Turner. Have a look at http://www.simonsholidays.in/domestic...">Leh Ladakh tour package which is full of adventure.

Mr Rolle said he has already received praise for his award from numerous people and dignitaries, including Tourism Minister Obie Wilchcombe, former Prime Minister Hubert Ingraham and Long Island MP Loretta Butler-Turner. Have a look at http://www.simonsholidays.com/kerala-...">Kerala tour packages which is full of adventure.