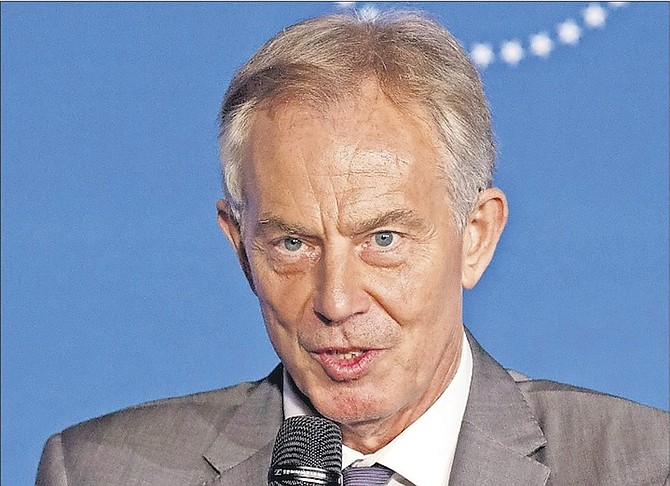 Have the last few weeks been unprecedented in the nation’s political life?

Such a claim could be justified in light of the recent dramatic and unsettling events in Britain - a bitterly contested historic referendum about the country’s relationship with the European Union, the resignation of a well-liked and respected Prime Minister, David Cameron, followed by a Tory leadership contest and the rapid selection of a successor, and the opposition Labour Party in turmoil with a formal challenge to its leader, Jeremy Corbyn, after continued pressure on him to step down.

Then, if that were not enough, the trauma of the Iraq war has been revived with this month’s publication of the Chilcot Inquiry into why the nation joined the United States in its 2003 invasion.

Britain’s involvement in this war has been described as the worst foreign policy mistake in its modern history. Not only was it deemed to have been a strategic failure, but 179 British servicemen and 150,000 Iraqis lost their lives, and a nation of more than 20 million people was reduced to ruins in a conflict which has wreaked havoc further afield in the region leading to destabilisation of the Middle East. The violence and chaos were also seen as having unleashed sectarian conflict and created fertile ground for jihadist groups like Islamic State.

In response to public demand for a proper study of why the nation went to war and why it was so bloody, the then Prime Minister, Gordon Brown, announced in 2009 that Sir John Chilcot, a retired senior civil servant (also termed a Whitehall mandarin), had been chosen to lead a formal Inquiry into the decision-making at senior levels in the run-up to the invasion together with the involvement of the country’s armed forces and its aftermath including the post-war occupation.

Large numbers of the British public, as well as the families of the service personnel who were killed, perceived that former Prime Minister Tony Blair had gone to war under false pretences and that the sacrifice of their loved ones had been in vain. They therefore wanted to know the true circumstances.

Mr Brown gave assurances to Parliament that the Inquiry would be completely independent of government and impartial and objective.

Two earlier separate official Inquiries - by Lord Hutton and Lord Butler - into the intelligence about weapons of mass destruction had shed light on how the intelligence was drawn up and utilised by policy-makers. But their reports were judged to be inadequate and, essentially, a whitewash, so this time something more comprehensive was required with a suitably broad remit.

After nearly seven years in preparation, partly due to wrangles over the release of highly-classified documents, publication of the long-awaited Chilcot Inquiry Report - 2.6 million words long, some 100 witnesses, a cost of more than $10m - has been widely criticised for being shamefully late. But it has been almost universally welcomed as a comprehensive, thorough, detailed and informative work which is also hard-hitting with no punches pulled in its fearless censure of those involved, not least Mr Blair himself who was severely castigated.

Chilcot made clear that his remit did not include ruling whether the invasion was legal since this could only be assessed by a properly constituted and internationally recognised court. However, he described the internal process of consideration of its legality as “perfunctory”.

Former United Nations (UN) secretary-general, Kofi Annan, had said that the Iraq war was illegal because regime change was the prime aim - and, most recently, the then Deputy Prime Minister, John Prescott, has also contended that the war was illegal and that, more broadly, the Chilcot Report was a serious indictment of Mr Blair’s handling of the whole issue.

Overall, Chilcot’s explosive and excoriating report delivered a damning verdict on Mr Blair’s decision to commit British troops to the US-led invasion. It contains blistering criticism of his decision to go to war on the basis of flawed intelligence, which had been described as sporadic and patchy, and of a catastrophic lack of planning for the aftermath.

The report’s main findings were:

• The UK chose to join the invasion before peaceful options of disarmament had been exhausted so that military action at that time was not a last resort.

• There was no imminent threat from the Iraqi leader, Saddam Hussein, and judgments about the severity of the threat posed by Iraq’s weapons of mass destruction were presented with a certainty that was not justified because the intelligence was flawed and should have been challenged.

• Despite explicit warnings, the consequences of invasion, including sectarian violence, were underestimated and the post-war planning was wholly inadequate.

• British troops were sent into battle ill-equipped for the task.

Specifically, Mr Blair was criticised for deliberately exaggerating the threat posed by Saddam Hussein in making the case for military action. Despite warnings by the intelligence agencies about the inadequacies and unreliability of their sources, he had described the intelligence as “extensive, detailed and authoritative”, but fears were expressed at the time that the intelligence was being “fixed around the facts”.

Since he had a personal responsibility as leader of the country to assess properly the intelligence and information that he used to justify the war, it has been on this basis that he has been accused of misleading Parliament and indulging in deceit to sway sceptical public opinion towards favouring war. He has also been rebuked for operating a so-called “sofa-style government” while bypassing his own ministers and ignoring civil service advice and the need for decisions to be properly documented.

At a press conference shortly after publication of the report, Mr Blair agreed that he should have challenged the intelligence claims but insisted that his decision to join the US in the invasion was made in good faith. He expressed sorrow and regret for the mistakes made but rejected claims that he had lied. He also insisted that it was right to go to war and that the world was a better place without Saddam Hussein, so he still believed he had made the right decision.

It now seems that, even though Mr Blair had given unqualified backing for the war before the weapons inspectors had completed their work (his personal memo to President Bush saying that he would be “with him, whatever” was particularly damning), he may have tried to persuade the US president not to invade Iraq without proper UN authority though the latter, influenced by the right-wing hawks surrounding him, was determined to push ahead regardless.

It has also become clear that the UK’s influence on the US had been overestimated; for example, in relation to post-war planning when Mr Blair’s advice was largely ignored while the US pressed forward with disbanding the Iraqi army and security structures and removing Ba’ath party supporters.

So, what happens next?

It remains to be seen whether the bereaved families will follow through, after further study of the Chilcot Report, with their threatened legal action against Mr Blair.

More immediately, a motion to declare him guilty of “contempt” towards Parliament could, if successful, result in him being barred from public office. A cross-party alliance of MPs is pressing for this process on the grounds that he deceived Parliament and led the country into an unnecessary, disastrous and bloody war under false pretences which caused thousands of lives to be destroyed.

The Chilcot Inquiry has served an essential purpose not only in apportioning blame and responsibility for Britain’s involvement in the Iraq war but also in providing lessons for the future about the use of the machinery of government. It has at the same time provided a form of closure for the families who demanded answers.

The result for Tony Blair himself is that his legacy has been irrevocably ruined.

• Peter Young is a retired British diplomat living in Nassau. From 1996 to 2000 he was British High Commissioner to The Bahamas.

Did they really need an inquiry to discover Blair lied about Iraq?!?!?

When will Blair and Bush be tried for crimes against humanity? And that moron from Australia too....

They are all guilty of cold blooded, mass murder....

Their hanging would do much to promote peace on earth.....