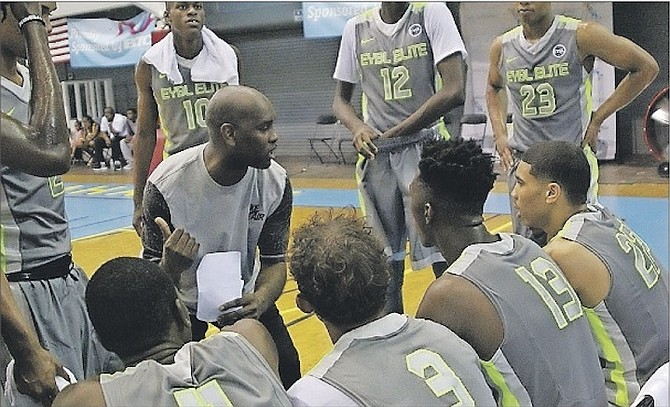 FOR the second consecutive year, the highlight of Nike’s off-season basketball programme for high school players will be featured in the Bahamas.

The footwear and apparel giant is hosting some of the best high school seniors and underclassmen in America at the Bahamas edition of the Nike Elite Youth Basketball League Camp, August 20 at the Kendal Isaacs Gymnasium.

The programme features 12 of the top high school junior and senior players for a brief training camp and exhibition against a select squad from the Bahamas.

The event was created last year emerging out of the prospect battle between Nike and rival show company Under Armour.

Both Nike and Under Armour hosted events concurrently, with the Under Armour Elite 24 hosted in Brooklyn, New York, and the new Nike event in the Bahamas.

The Bahamas has already established a reputation as a host for some of the top collegiate basketball talent in America with the Battle 4 Atlantis and now looks to do the same at the prep level.

The Under-Armour Elite 24 has quickly become one of the premier events during the summer as the bidding war between major shoe companies heats up in an attempt to claim top college prospects. It is televised live on ESPN, but the creation of Nike’s new event has lured away some of its star power.

The No.1 recruit in America for the class of 2017, Bahamian forward DeAndre Ayton, competed in last year’s Under Armour game after spending the season on the UA Association circuit.

This season, the Hillcrest Academy product has competed on the Nike EYBL circuit for Supreme Elite out of California.

The Nike EYBL Bahamas edition, referred to as #TheTrip – was announced approximately a week prior to its scheduled date.

“It’s a paid-for vacation,” said Blatchford when the game was announced last year. “That seems to be a pretty fair interpretation. The fact that they’re putting something together, kind of last-minute, tells me they’re trying to play defence.”

In 2015, the Nike EYBL Select team, coached by NBA Hall of Famer Gary Payton, made quick work of the Bahamas’ Select team with a 125-65 win.

Monk, a 6’3” guard from Bentonville High who was ranked ninth in the 2016 class chose Kentucky.

The roster also included several ranked members of the 2016 class like No.8 Miles Bridges (Michigan State)  out of Huntington Prep, No.6 De’Aaron Fox (Kentucky) out of Cypress Lakes.

The Nike roster could see the return of several highly touted recruits from last year’s game in the class of 2017 with their NCAA decisions pending.