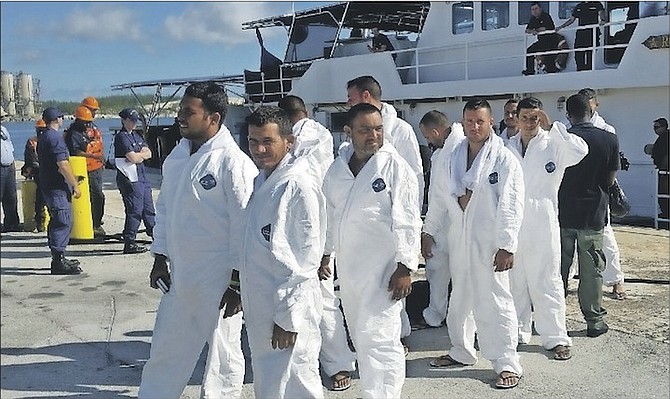 ELEVEN Cuban migrants were intercepted in the Cay Sal Bank area and taken to Freeport over the weekend by the US Coast Guard.

The USCG Cutter Robert Yared turned over the migrants to Bahamas immigration authorities at Lucayan Harbour around 9am on Saturday.

The men were attempting to get to Florida on board a rustic vessel when they were spotted and picked up on May 31. According to immigration officials, four of the men had been previously intercepted at sea, and subsequently repatriated to Cuba.

The migrants will be flown to New Providence where they will be taken to the Detention Centre to await repatriation.

Two days earlier, 18 Cubans (16 men and two women) were discovered stranded at a cay in the Bahamas when they were spotted and rescued by the US Coast Guard.

The group had been without food and water for several days before being rescued.