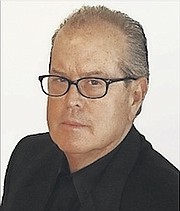 EACH day that Baha Mar sits unused is costing investors hundreds of thousands of dollars, according to a veteran engineering inspector, who urged the future buyer of the $3.5bn mega resort to demand due diligence.

Retired inspector Tom Rickards warned that lengthy delays at the stalled project increased the risk of the structure having to be stripped down and completely reconstructed from the ground up.

Mr Rickards insisted that due diligence was an inevitable step in maximising the value of Baha Mar, and advised that officials prepare for the process and assist in a professional manner. He underscored that openness would result in the greatest payoff to the citizens of the Bahamas, as he outlined testing techniques vital to such an endeavour in a letter to The Tribune.

“Any serious owner or buyer will demand due diligence,” he said, “and bring in new and completely independent engineering resources to determine if the original engineering, including structural, HVAC, and all other design elements were in general accordance with commonly accepted building standards.”

“If the engineering is found acceptable, any serious potential buyer will then require detailed examination of the strength of the concrete used in the project, and the proper placement and coverage of the reinforcing steel within.”

Mr Rickards added: “If the supporting structure reveals the correct strength of concrete, and correct construction and coverage of the reinforcing steel, a rigorous examination of the air conditioning duct work will be required, so that the degree of mould and mildew present, if any, is manageable.”

Mr Rickards, 68, lives on Windemere Island, Eleuthera. Prior to his retirement, he managed the physical testing section of Pittsburgh Testing Laboratory in Miami, Florida for more than a decade. At the testing lab, he evaluated and tested the materials and methods of construction in very large structures, some he said, even larger than the stalled Cable Beach resort.

“After investigating hundreds of projects overall, and dozens larger and more complicated than Baha Mar, we found many common findings and reached conclusions owners or potential buyers of a stalled project had to accept,” he said.

“Data was gathered over a period of days and weeks, sometimes months, depending on how long the project lay dormant, and the depth of the inquiry by the owner or potential buyer.

“We used a wide array of testing techniques, including x and gamma ray radiography, magnetic inspection, and multiple methods of testing concrete strength.”

Baha Mar was initially slated to open December 2014, but faced a series of delays, which it blamed on its general contractor, China Construction America (CCA) Bahamas.

The resort filed for Chapter 11 bankruptcy protection in a US court last June; however, the cases for the resort’s Bahamian properties were thrown out.

Last October, the Supreme Court put the resort into receivership at the request of the Export Import Bank of China.

A formal sale process for the project began in March when Baha Mar’s court appointed receivers hired a Canadian real estate firm to market the project to potential buyers.

Last month, Prime Minister Christie touted the government’s success in negotiations with the EXIM Bank and CCA’s parent company over the stalled resort, saying all parties have entered into a “framework agreement” to complete the project “as expeditiously as possible.”

However, he gave no concrete resolution on the issue of payment to unsecured Bahamian creditors, only saying they would be “considered” during the re-mobilisation process, adding that negotiations were underway to agree to appropriate timelines and a schedule for completion.

Yesterday, Mr Rickards said: “Assuming all engineering and architectural elements are found built to code, then the final question is asked: does the building work? Do the water and waste systems, electrical and air-conditioning systems, and the multitude of other elements all combine to produce a working building? Is it cool, does it smell good, is it appealing to the eye?

“Everyday a complex structure like Baha Mar sits unused, it costs someone, a bank, investors, or owners, hundreds of thousands, if not millions of dollars per day.

“Delay too long, and the structure may reach a point at which it will be stripped down to the bare concrete, assuming the concrete and steel themselves are acceptable, completely reconstructed from the ground up.”

Only a fool would make a significant investment in Baha Mar without conducting a thorough due diligence exercise using their own engineering and other experts.

The findings by a truly independent surveyor would be STAGGERING as to what sort of construction and workmanship has been done out there. You'd have to be a fool to want to pick up that ball and run with it as it is.

A fool or the Chinese.

Comrades if we can't get a traffic light and Mackey & Shirley Streets to have been maintenance maintain to flash red, amber & green, then why in the hell would we have expected Bah Mar sit there all safe and sound?
Comrade Retired Physical Testing Inspector Tom, shouldn't the Ministry of Works engineering department be in possession of actual structural and air condition tests, their engineers performed during the resorts construction period?
Comrade Tom if the answer is, no such engineering test results reports does exist, theres your damn answer. Right?
While your at it, why not ask for all the engineering test result reports performed at BAMSI?

Pass the ball to PM Christie. He'll fumble, do a little dance and dazzle himself with bullshyt!

Finally, someome with common sense and actual industry know-how speaks up. How refreshing. What a nice break from the ignorant clowns that beat us over the head with giant rubber squeaky bats in Parliament. If only American firms were involved in other projects, such as the roads, BAMSI, and cellular, we might begin to have a functioning country and obtain value for money spent. Alas, US companies are disallowed from making bribes to foreign govenments to procure contracts, so they are not used.

How soon before Mr Rickards gets a visit from Frederica Mitchell? She will be most upset that someone dares to say what should be done,

The fact is that no matter how much testing and evaluation is done, the truth of the pudding is in the eating. Only after Bah Mar is open and up and running will the true faults and defects be known. And yes it is true that a building that sits idle runs down faster than one that is occupied and it will have to sit idle at least 5 years before even considering having to gut it and rebuild from the ground up. A more immediate remedy would be (if no resolution is in sight) to sell off whatever furniture and furnishings are in Bah Mar and reffitting when it is going to open. If the government had left well enough alone and let Bah mar fight its own battle with the Chinese, the project may be open today.

They some kind of super giant helicopters to pick the thing up and take it to where the tourists will be. That's just 90 miles off Miami. The country's name rhymes with "Tuba".

I have friends from Colorado that visit the Bahamas every year for the last 20 years. This year however, they are going to Cuba. (all 7 of them)

Food Network, and I am sure other shows as well, have been littered with programming debuting what Cuba has to offer. BahaMar was on that cusp, that if they opened ahead of Cuba's opening, they may have made a decent dent in the tourist mindset...now that Cuba is opened up, that development is WAY WAY WAY behind the eight ball.

@Tourist1001 Excellent point. The true heart and soul of this fiasco is not that Baha Mar is too expensive to finish, but the belief that once completed it will just sit empty, as tourists have lost interest in travelling to The Bahamas. This is the real issue!!! Not China, not the PLP, but the fact that The Bahamas has fallen out of favor as a tourist destination for a multitude of reasons unrelated to Baha Mar (crime, lack of culture, nothing to do, expensive, rude citizens). A further nail in the coffin is the opening of Cuba; The Bahamas is now the crackhead cousin cowering in the shadow of its stunning cousin Cuba. If Baha Mar had been built in Cuba, it would have been completed and opened yesterday!!! Market forces trump conspiracy theories ladies and gentlemen.

I hope they do a firework show like they did when they blew up the Riveria in Las Vegas.

Probably won't get done until they get Izzy involved again, and the stubborn old goats can't see that nobody else is going to take on this monumental job but him.

True, the problem is, I don't think the Chinese are interested in opening the hotel. They want to OWN the Bahamas, period. Just like the gambling boys, and the PM is obliging both of them

I heard that you don't even need an inspector to write the place off - shoddy chingro construction all around.

The only party that will be remotely interested in taking ownership of this poorly finished resort is the Chinese Government (in whatever shape or form). The PLP must NOT be allowed to give away any more of the "family jewels" (by way of concessions) to the Chinese to induce them to go through the motions of pretending that the resort is opening soon and is actually a viable operation. Christie and the PLP have failed the people of The Bahamas over Baha Mar. I cannot envisage this resort ever getting to the stage where it can make a profit and I still have my doubts that it will open at all. I really hope I am wrong.

I know this may seem like anarchy- but the best thing to happen to Bahamar would be for it to be blasted to oblivion, erased from our memory, hopes and dreams- and the property be redesigned as its own integrated town, with smaller hotels, restaurants, clubs, etc. The days for this kind of large scale hotel model in this country are done. Chinese aren't interested in filling the place anyway. Remember Our Lucaya?