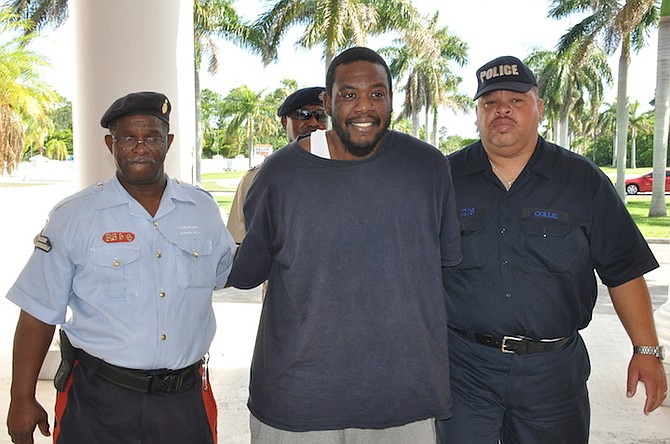 Michael Bradley is led into court in Freeport on Tuesday morning for sentencing. Photo: Vandyke Hepburn/BIS

AMERICAN Michael Bradley, 31, was sentenced to 20 years in prison in Freeport on Tuesday morning for manslaughter in connection with the death of his father-in-law, 71-year-old Sundiata Karamo, a retired educator in Grand Bahama.

Supreme Court Justice Estelle Gray Evans said Bradley will have to serve 18 years and seven months given the fact that he has already spent one year and five months on remand awaiting his trial.