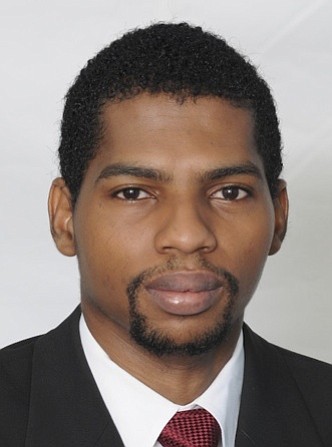 The Bahamas Insurance Association's (BIA) chairman yesterday warned it was currently impossible to predict how the UK's European Union (EU) exit will impact the Bahamas, adding: "The only certainty is uncertainty".

Emmanuel Komolafe, who is also Colina Insurance Company's chief risk and compliance officer, joined Gowon Bowe, the Bahamas Chamber of Commerce and Employers Confederation's chairman, in pointing to the potential impact on the financial services sector.

Apart from the impact that ongoing market turbulence may have on the wealth/holdings of the Bahamas' clients, Mr Komolafe also said the UK's exit - known more popularly as 'Brexit' - could also impact the international regulatory climate, and the EU's attitude to international financial centres (IFCs).

The UK has been one of the biggest defenders of IFCs, given that Crown dependencies such as Bermuda and the Cayman Islands are among the Bahamas' biggest competitors, and its departure possibly could lead to the EU taking a harder line on tax matters.

Yet, on the flip side, the BIA chairman added: "With the UK's exit from the EU, it is possible that IFCs such as the Bahamas may gain a powerful ally in the UK and its territories to address the challenges faced by IFCs that are also small island developing states."

Mr Komolafe said "the road ahead will be tough, as the UK begins to divorce itself from the EU and accompanying rules/regulations that relate to tax compliance and financial services".

He added: "The UK had held the chair for the EU committee responsible for banking and financial services. What will be the fate of the UK territories and Crown dependencies (BVI, Cayman, Bermuda, Channel Islands et al) without the links to, support and covering, of the EU?

"Will they be isolated and subject to greater scrutiny, as well as regulations like other IFCs, and will that present us with an opportunity? Will private clients flee UK territories and Crown dependencies for other IFCs due to the uncertainty and turbulence, or will this shift position them to attract more clients? This is still unknown but worth considering and monitoring. It is clear, however, that as an IFC we must be prepared for the risk and opportunity."

Mr Komolafe warned that the UK's separation from the EU was likely to be a protracted divorce, possibly lasting two years, which made it all the harder to predict potential impacts for the Bahamas.

"There are too much unknowns and uncertainties at this time to accurately predict how Brexit will impact the Bahamas," the BIA chairman added.

With uncertainty likely to cause investors and businesses to postpone capital projects and expansions, Mr Komolafe questioned whether any long-term volatility spawned by Brexit could impact foreign direct investment (FDI) inflows to the Bahamas.

Tribune Business revealed on Friday how the United Nations (UN) agency, UNCTAD, had reported that FDI flows to the Bahamas fell by 76 per cent or more than $1.2 billion in 2015, dropping from $1.6 billion to $385 million.

While this was largely related to the slowdown in Baha Mar construction, Mr Komolafe said: "As a nation that depends significantly on FDI, any pessimism or anxiety created by Brexit may impact our ability to attract FDI, negatively or positively.

"Additionally, the potential impact on - and attitude of - global banks that provide funding to investors will factor into the equation, as well as the position taken by venture capitalists due to market scepticism."

The parent companies of Bahamas-based firms were especially exposed to this volatility, and loss of investment value, outside this nation.

Conversely, Mr Komolafe said any prolonged decline in sterling's value on the foreign exchange markets could benefit companies doing business with the UK, and Bahamians sending their children to school there, as it would become relatively less expensive.