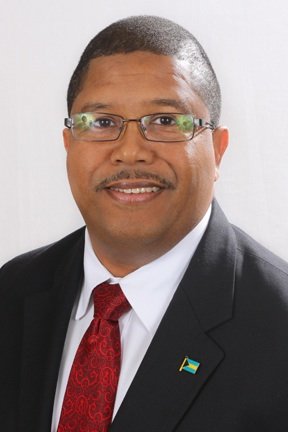 The Government has pushed back its original projections for eliminating the fiscal deficit by three full years, and is now pinning its hopes on a $449 million, four-year 'swing' into surplus.

Research by Tribune Business shows that the Christie administration forecast in 2013 that it would eliminate the GFS fiscal deficit in the current 2015-2016 Budget year, reducing it to zero.

With the Government projecting at least a $150 million deficit for this fiscal year, those projections have been well off the mark, leading the Opposition's finance spokesman to again label its Budget forecasts as "overly-aggressive".

K P Turnquest told Tribune Business: "Every Budget cycle we have gone through, we have been saying to the Government: 'You are being overly-aggressive'.

"We said to the IMF that based upon what we're seeing they're being aggressive. We're not taking any pleasure in it, but every year we have under-performed in relation to the projections, and under-performed monetarily.

"I don't want to disrespect the Ministry of Finance of professionals, but it seems very much as if the numbers are made to fit the desired results, rather than be critical and conservative with the projections."

The Christie administration is now forecasting that the Government will achieve a GFS surplus for the first time in the 2018-2019 fiscal year, with $68 million of 'black ink'.

But, three years earlier, besides projecting that the GFS deficit (which strips out debt principal redemptions) would be eliminated this fiscal year, the Government also forecast that a surplus of $80 million would be achieved in 2016-2017.

It is now pushing the attainment of a surplus back two further years, indicating that its initial hopes for major, consecutive annual cuts in the deficit were too optimistic.

A Tribune Business review of the fiscal forecasting since the current government took office in 2012 shows how it has been forced to scale back the projected pace of fiscal consolidation to a more modest, conservative 'glide path'.

While it has made undeniable progress in reducing the GFS fiscal deficit over the past three years, the pace of reduction has been far slower than it predicted - or would have liked.

To achieve the projected $68 million surplus in 2018-2019, much will depend on whether the Government hits its slightly revised $150 million projection for the current fiscal year.

Many are sceptical that it will, given that the Prime Minister announced in May 2015 that the administration had beaten its $286 million projection for 2014-2015 with a $198 million GFS deficit.

Just one year later, the Government effectively admitted that the latter figure was almost $200 million out, and that the 2014-2015 deficit was actually $381 million - a figure higher than projections made several years before.

"I have little faith in that given the history," Mr Turnquest said of the Government's latest 2015-2016 projection.

"If you look at every one of the years where they've projected they're going to run a surplus or reduce the deficit, they've missed the target by as much as $150 million. Inspecting the record, it's not likely they're going to meet those targets."

He continued: "When you add the fact that the growth rate is 0.7 per cent, it is hard enough to keep up with the increase in the cost of living and the expenditure they're anticipating, considering that it is an election year."

"History teaches us that they have been making very unreliable projections base upon a set of assumptions not grounded in the reality of our situation," Mr Turnquest told Tribune Business.

"We've had negative growth for the last two years, and are projecting what can best be described as anemic growth for the next few years. The Government seems not to be taking this into account.

"The Prime Minister is hanging his hat on the Baha Mar basket and it may happen, but it's not likely to have the full impact this fiscal year," the FNM's deputy leader continued.

"As trade is down, and businesses have seen reductions in turnover as a result of VAT and other taxes, there's less economic activity, which means less money for the Government, and less money available to pay down debt and things that need to be done.

"I think they're being very optimistic about these revenue items; very optimistic, bearing in mind they've already made some adjustments to these trade taxes, which are coming down anyway."

Mr Turnquest said VAT's impact had been especially hard on the services side of the economy, which had previously been subjected to relatively little taxation.

He added: "If you survey small businesses, they're telling you revenues are significantly down anyway, particularly for services industries.

"While the Government pats itself on the back with respect to VAT, it is having a serious effect, particularly on the services side.

"All that translates into revenue, and the lack of it has a serious effect."

Tax on services is ridiculous. Had to pay VAT on everything need to provide the service. Taxes thrice.

to be expected since the tax should come with a reduction in expenses.

instead , the tax was used to fund follies such as carnaval and contracts to friends and family.

remember how the softned the VAT blow saying it was going to pay down the debt?

now it will be up to the next government to dance the holly golly and say they need an increase in VAT to bring down the debt.

and no one hears about fiscal responsibility anymore either!

"remember how the softned the VAT blow saying it was going to pay down the debt?"

Yeah just like they tried to soften the legalization of gaming by saying if they carried it out, we wouldn't have to pay VAT.

Eliminating the GFS deficit can be as simple as engineering the Revenue/Expenditure numbers at the expense of the development of the country ........ Politicians can fudge numbers if it means satisfying the IDB, but that doesn't mean that the ordinary Bahamian is benefiting from the fudged numbers ........ SMDH

Have we as a nation really benefited from the $2 Billion increased debt as a result of BAMSI, BOB, BTC, BPL, RENEW, UR2.0, FREEPORT, BAHAMAR, CARNIVAL, SPORTS TOURISM, RESOLVE, BAHAMASAIR, THE POINTE???????.......... and the millions of dollars in contracts and consultants that this PLP government has dished out?????

Wow, that's harsh. "We don't believe a word you say". As Gowen Bowe put it once, that document is something I'd give to my kids to use for a colouring book.

Wow, that's harsh, basically "We don't believe a word you say". As Gowen Bowe put it once, that document is something I'd give to my kids to use for a colouring book.