Man Accused Of Series Of Carjackings 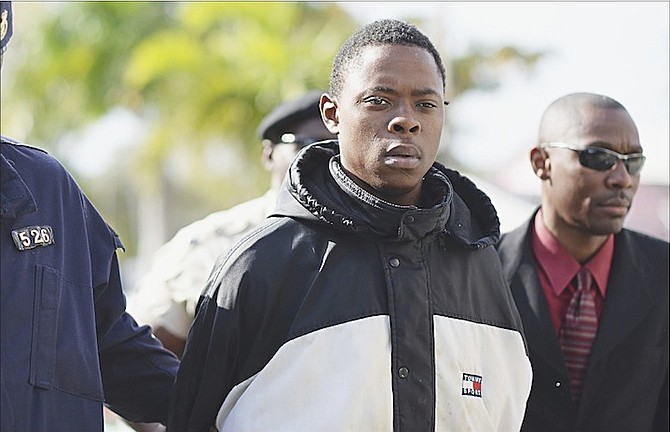 A MAN was remanded to prison yesterday after being charged in connection with a series of gunpoint carjackings that occurred last month.

It is alleged that on the same day, he ‘carjacked’ a woman of her pearl-coloured Honda Inspire. He was also charged with causing harm to the alleged victim.

Seymour is further alleged to have robbed a man of his $8,000 Toyota Paso on February 17.

He is accused of attempting to carjack Veronica Smith of her 2014 Chevy Cobalt worth $24,000 on the same day as well as robbing another woman of $300 cash.

It is claimed that the following day, he robbed a man of a $750 Samsung cell phone and $600 cash before carjacking a woman at gunpoint of her 2007 Mercedes Benz and her Gucci purse, which contained a Samsung phone and $1,500 cash.

Seymour was not required to enter a plea to the allegations as his case is expected to be fast-tracked to the Supreme Court for trial. A voluntary bill of indictment will be presented to him at his next court appearance scheduled for April 25.

The accused was remanded to the Department of Correctional Services without bail. However, he can apply for bail in the Supreme Court.