‘Nygard Statements Bring Back Memories Of A Nation For Sale’ 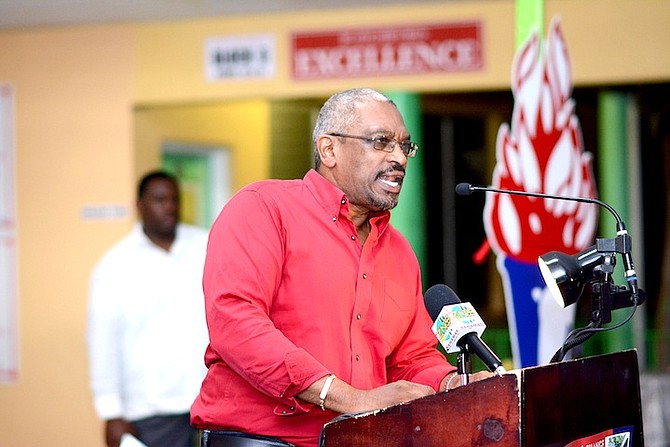 Dr Minnis said yesterday the allegations are humiliating for the country, recalling the “nation for sale” memes that circulated around the world about The Bahamas during the 1980s at the height of concerns about the illegal trade of drugs.

“A number of very serious and grave allegations have been raised against Mr Peter Nygard and his associates in The Bahamas over the last few days,” Dr Minnis said.

“These damaging allegations have now been picked up by international media outlets; and once again The Bahamas faces the humiliation of being branded ‘a Nation for Sale’ because of serious allegations made against members of a PLP government.”

“These accusations against Nygard, which include defamation, intimidation, threats of harm and death as well as soliciting hit men, are detailed in documents filed before the Bahamian courts.

“Furthermore, and most significantly, tape recordings featuring Mr Nygard and two alleged associates of Deputy Prime Minister Philip Davis reveal the influence Mr Nygard feels he has over the Prime Minister and the Cabinet of The Bahamas.

Dr Minnis called on Mr Christie and Mr Davis to confirm or deny Mr Nygard’s assertions about them.

Last week, Mr Davis released a statement condemning the press for reporting on the contents of the affidavits filed in court in connection with the matter, but he did not address the assertions made.

“We also call on the government to completely repudiate Peter Nygard who obviously has no respect for our elected officials and the rule of law in The Bahamas,” Dr Minnis said. “He has proven repeatedly that he is unfit to be in The Bahamas. The latest indication of the extent of Nygard’s arrogance and disdain for the country’s leadership are captured in his own words on the recently released recording.”

Among other things, Mr Nygard claimed in the recordings to have sponsored the PLP to the tune of $5 million in the run-up to the last general election and that Mr Christie made promises to him that he has not kept.

Dr Minnis said: “While a court of law will determine the facts before it and the punishment, if all allegations are proven correct, we in the FNM believe that based on all we know of permanent resident Peter Nygard and his dealings in The Bahamas for many years he, despite some philanthropic work, appears to have abused his privileges in The Bahamas in the worst possible ways.”

In a separate statement, Shadow Attorney General Richard Lightbourn called for an immediate investigation into the claims made in the purported videos concerning Mr Nygard’s relationship with senior political figures raised serious issues and required action by the Commissioner of Police and Attorney General.

“The information which has been revealed by a recorded conversation between Canadian businessman, investor and resident of The Bahamas, Peter Nygard, and two of his employees, has sent a shiver down the spine of all right-thinking Bahamians,” said Mr Lightbourn, FNM MP for Montagu.

Yesterday Mr Lightbourn said: “There seems little doubt that the recordings are genuine and as such require the immediate attention of our police Department and the Attorney General’s office. There are also serious issues raised concerning Mr. Nygard’s relationship with senior political figures in the country which should immediately be addressed by the authorities.

“The FNM calls upon the Attorney General and the Commissioner of Police to cause an immediate investigation to be made into the matters raised in these recordings and appropriate action taken to place charges against the persons concerned, if warranted, and steps taken to ensure the security of our citizens.”

The recordings were filed as part of a 400-page affidavit by John Joseph DiPaolo, a Florida investigator hired by Save The Bays to investigate Mr Nygard’s involvement in harassment campaigns against members of the organization. Mr DiPaolo, president of the D&R Agency LLC, claims that Mr Nygard paid “gang members” Livingston “Toggie” Bullard and Wisler “Bobo” Davilma to commit criminal acts in a two-and-a-half-year campaign of fear and violence to “kill or scare off” activists he saw as opponents to development plans for his Lyford Cay property.

The recordings purport to show several secret meetings between Mr Nygard, Bullard and Davilma, where the men claim that they were told by Mr Davis to support Mr Nygard unconditionally as a major “sponsor” - a premise that Mr Nygard accepts as he expresses his frustration over his inability to obtain necessary legal permits and a lease to build on government property.

The fashion mogul repeatedly lambasts Mr Christie for making “fake promises” over the issuance of a lease for which he claims to have received authorisation nearly 25 years ago. In one video, Mr Nygard tells Bullard and Davilma “I think we’re all united in an issue that puts huge pressure on PM now from every fing Cabinet minister from Gibson, Shane, you guys, everybody. Without you guys and me they lose the election as you have control of the field and I have control over the fin finances you know.”