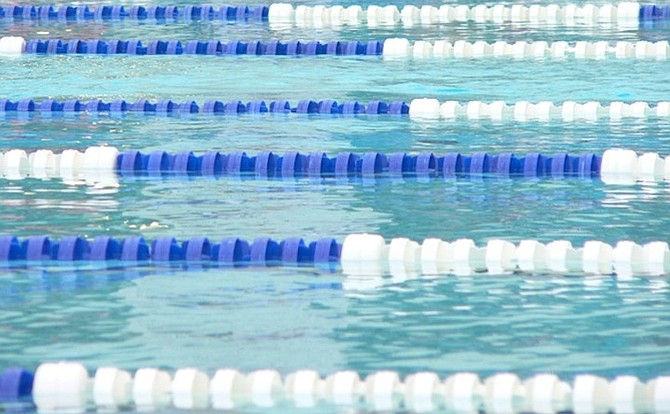 It was a valiant effort toward a third consecutive CARIFTA championship title in the pool for team Bahamas, but that effort fell just short of that historic goal .

The country's 36-member team finished second at the 31st CARIFTA Aquatics Championships hosted in Fort-de-France, Martinique over the Easter holiday.

It was just a 21.5 point differential atop the points standings as Team Bahamas finished the four-day meet in second place with a total of 774.5 points. Guadeloupe rebounded from a fifth place finish in 2015 to win this year's meet with 796 points. Host country Martinique was third with 586.5 points, Barbados was fourth with 538.5 points and Trinidad and Tobago finished fifth with 437.5 points.

Guadeloupe collected 66 medals en route to the win including 23 gold, 25 silver and 18 bronze. Team Bahamas ended with a total of 56 medals - 22 gold, 22 silver and 12 bronze, Barbados was third with 44 medals - 18 gold, 11 silver and 15 bronze), Suriname was fourth with 22 medals - nine gold, seven silver and six bronze while Jamaica rounded on the top five on the medal table with 25 - eight gold, nine silver and eight bronze.

The Bahamas closed out the final day of competition strong with a late surge in the final event of the meet with three medals in the 4x50m free relays.

Bastian took gold in the individual event in 24.25 secs.

Fitzgerald and Fernander also finished with gold and silver respectively in the boys 15-17 50m freestyle in 24.0 secs and 24.11 secs respectively

Peter Morley was the only other member of team Bahamas to medal in the event with bronze in the boys 13--14 in 2:17.80 secs.

The Higgs duo was back at it again in the 50m Breaststroke. This time it would be Lilly capturing the gold in 33.44 secs while Margaret tok silver in 33.83 secs.

In the girls 100m Backstroke, the team won another pair of medals with Virginia Stamp taking bronze in 1:08.71 secs and Katelyn Cabral with a bronze in the 11-12 division in 1:12.50 secs.

Results of the six 4x100m Medley relays were unavailable to press time.

On day one, the team set the tone quickly with a number of strong performances, including two record breaking swims.

The Bahamas boys 15-17 4×100 freestyle relay team, made up of N’Nhyn Fernander, Gershwin Greene, Miller Albury and Jared Fitzgerald set a new meet record with their time of 3:33.54. Izaak Bastian took the boy’s 200m breaststroke in 2:24.99 secs. In the preliminary round he set a new meet record in that event in a time of 2:23.27.

Fernander captured an in individual gold as well in the 100m butterfly in 56.36 seconds.

The Bahamas has been one of the top teams at the CARIFTA level with consistent finishes over the past four meets.

In 2012, while hosting at the Betty Kelly-Kenning Aquatic Centre, the Bahamas finished second with 657 points and 49 medals.

At the 2013 meet in Kingston, Jamaica, the Bahamas finished fifth in the team scoring with 509 points and was sixth in the medal count with 29, including eight gold, 10 silver and 11 bronze.

In 2014, the Bahamas topped the standings for the first time in Savaneta, Aruba.

Trinidad and Tobago finished third with 494.50 points, Guadeloupe was fourth with 478 points, while Jamaica rounded out the top five with 456 points.

The Bahamas claimed 54 medals en route to the win, including 29 gold, 17 silver and eight bronze.