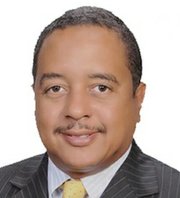 CENTRAL and South Eleuthera MP Damian Gomez said he would be “surprised” if Supreme Court Justice Indra Charles is called before the Committee on Privileges after being named last week in a resolution to determine whether she and others should be held in contempt of the House of Assembly.

While confirming that he still plans to recuse himself as Chairman of the committee, Mr Gomez, QC, explained that just as parliamentarians were asserting their privilege when they sit in the lower chamber, Justice Charles is also “immune from process” when she sits on the bench of her courtroom.

The former state minister of legal affairs affirmed that Save The Bays Director Fred Smith, QC, and attorney Ferron Bethel – who were also named in the resolution – “will have to be” brought before the committee to determine whether they committed an offence.

“I imagine that by next Monday all of these things will be worked out because once I announce my resignation, my seat would have to be filled in the committee and I would think that a member of the government would be appointed,” Mr Gomez told reporters yesterday following the morning session of the House of Assembly.

“I think on Monday other things will happen and it will be resolved without her being called.”

Marathon MP Jerome Fitzgerald moved the resolution last week Monday in Parliament, which also ensures that the committee is provided with funding to obtain independent legal advice if needed.

At the time he said the resolution was being sought because a recent injunction granted by Justice Charles to Save The Bays barring parliamentarians from accessing or making public the personal information of the non-profit organisation was an “attack on democracy.” The injunction was granted on April 21 and expires May 12.

“Mr Speaker, so as not to exacerbate the conflict between the judiciary and the legislative body which is allegedly created by the applicant (Save The Bays), I wish now to move the following resolution for this House’s consideration,” the education minister said at the time on a point of privilege.

He said the resolution should refer the matter to the Committee on Privilege “for the examination and determination of whether the judge, attorney Fred Smith, QC, and Ferron Bethel should be held in contempt of this honourable House and that the Committee on Privilege be properly funded to obtain independent legal advice if necessary concerning this attack on our democracy and report back to the House at the earliest opportunity.”

The resolution was later amended to include “and others” following the name of Mr Bethel and agreed upon before the House suspended for its mid-day break.

Mr Gomez is expected to announce his resignation from the Committee on Privileges when House meets on Monday.

He told The Tribune in March that he would step down as chairman if the committee was made to investigate two affidavits connected to his embattled clients, Canadian fashion mogul Peter Nygard and lawyer Keod Smith.

He also confirmed at the time that he serves as counsel to Mr Nygard and Mr Smith, both of whom have become embroiled in controversy ever since allegations surfaced in court documents filed by STB that both men orchestrated a two-and-a-half-year campaign of fear and violence to “kill or scare off” activists opposed to development plans for Nygard Cay.

Does ya’ll thinks tis but Central and South Eleuthera MP Damian who needs do some “recusing” consideration?
Comrades the Honourable House of Assembly currently has 38 MP's sitting in it and…. even a government with a huge parliamentary majority can see that majority dwindle, if governing party members should find themselves in a possible conflict, making them unable to vote for or against anything to do with Lyford Cay skeletons following them around?
Comrades wouldn't the man's and woman's on the street corners, be thinking after viewing that video of a certain beach party starring newly appointed cabinet ministers doing the ‘royal bowing, that it may rise questions of possible conflict to recuse they selves from voting, for or against anything to do with anyone or anything associated with or connected to unsettle things of public concerns, that are presently before and not yet done reach the courts?
Comrades it might not be such bad idea if the House is to maintain its Honourable mention, for Her Majesty's Official Opposition to recuse standing up on the floor vote as an honourable opposition body, for such matters involving making major decisions - concerning brunging before the Peoples House, such persons who may have been directly/indirectly connected to or associated with Lyford Cay things and matters in da news?
Just maybe the House Speaker could summon, all home videos and photographs, of all MP members and their house parties guests?
Comrades since we at it, don’t you agree that some them who thinks they are the most-listened-to radio shows on Talkie Radio in all Bahamaland, does appear be enjoying a much too damn close association with certain personalities in da news? Should not their voices be permanently recused, right off the damn radio airwaves?

I think someone should get Mr. Gomez bank account statements and lay them on the table. He was very likely the conduit for the 5 mil. paid by NYGARD. Maybe also lay his Client Account Bank Statements on the table too. Maybe Smith could get a court order to seize them. Its too damned stink !

Major has no deep understanding of his important role and powers as Speaker of the HOA. If he did, he would know that he alone has the power to thwart any attack made on the judiciary by any one or more members of parliament. In fact, Major should (as a minimum) be severely reprimanding both Freddy Boy and Toxic Fumes Fitzgerald for their grave misconduct in threatening the judiciary from the floor of the House. The threats made by these two clowns can only be regarded as an outright attempt on their part to coercively interfere with the outcome of ongoing judiciary proceedings.