Minnis ‘Failing’ To Lead On Vote 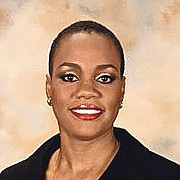 FORMER Senator Heather Hunt has suggested that Free National Movement (FNM) Leader Dr Hubert Minnis has not shown effective leadership because he has failed to communicate his position on the four constitutional equality bills.

Mrs Hunt is one of the co-executive directors of the YES Bahamas campaign and said it was her hope that neither of these party leaders falls into a trap of using the equality bills as a “political football”.

Instead, she said both Dr Minnis and Mr McCartney should use this opportunity to inform voters of what they plan to do differently should their parties ascend to government.

Despite the overwhelming misinformation circulating regarding the bills, Mrs Hunt said she remains confident that each of them will be successful on referendum day. The event is slated for June 7.

Mrs Hunt was contacted yesterday in response to Dr Minnis’ highly critical comments of the government in which he questioned how Bahamians were expected to vote yes on the four amendments when they have “little to no knowledge” of what the bills seek to do.

She dismissed this claim saying the Constitutional Commission has worked around the clock for the last two years ensuring the electorate has a clear understanding of the amendments.

“The yes campaign wants to highlight that all of the amendments were almost unanimously passed in the House of Assembly,” Mrs Hunt, who served in the Senate until January 2015 until Dr Minnis asked her to resign, said.

“With this exercise of constitutional reform, the Leader of the Opposition worked very closely with the Prime Minister and in fact they issued a joint statement with respect to the passage of these bills in the House of Assembly. So it is important that Dr Minnis not criticise the work of the YES Bahamas campaign because really the yes campaign is really only in keeping with the entire government of the Bahamas’ decision that these bills are a good thing and they ought to be put to the people because they were passed almost unanimously.

“Now as to the educational responsibility of the YES Bahamas committee, we need to remember that the Constitutional Commission has been educating the Bahamian public on this topic consistently now for at least two years. We also wish to remind persons that this topic of discussion has been in the public domain on and off for 15 years and so the idea that YES Bahamas is not carrying more of an educational thrust is really not a proper assumption.”

She added: “My view is this: voters look at what politicians do more than sometimes what they say. Based on the actions of the Parliament of the Bahamas this yes vote is a good thing. If it were not, then we would have been having more no votes coming out of Parliament and we would not be here.

“If that is the type of conversation you wish to have then I can fully respect that and I will say that you are being effective as the Leader of the Opposition and Mr McCartney, who is the leader of the Democratic National Alliance who also aspires to be the Prime Minister.”

Mrs Hunt said she remains encouraged that the four amendments will be successful.

“I am still very confident and very hopeful. We are continuing to push in these last few days to make sure that we continue to dispel misinformation and try to inform Bahamian people and to minimise the anxiety that has been placed out there.”

On Monday, Dr Minnis questioned the Christie administration’s method of obtaining support for the bills, saying the yes vote was being shoved down voters’ throats. He claimed that the government was biased and undemocratic. Dr Minnis further asserted that the YES Bahamas campaign has been encouraging the electorate to vote yes to each of the bills but said he found this hard to understand saying people could not vote in the affirmative if they don’t know what they are voting on.

He said to vote your Conscience, Heather Hunt, smh!

What more do they want from Dr Minnis .So if any of these bills fail it is his fault?Give me a break.

Minnis is secretly hoping for a No vote - pretty obvious really. He is morphing into Perry Christie!

There is little that Dr Minnis can do to reverse the damage already done by the Yes campaign's misguided commercials and spokespersons who refer to Bahamians as ignorant simply because they chose to vote no on any or all bills. If they were interested in bolstering support they would listen to the concerns raised and address them in good faith. It is their job to allay fears real or imagined, and they're failing. Don't try to pin this one on Dr Minnis

Comrades Reds Minnis, Loretta and Bran have similar confusing competing claims when it comes to supporting the "YES" Vote of the referendum.
Who they fooling about their commitment to swing voters over to the "YES" Vote. Their support is rather loose, or politically conditioned at best.
The past now entering the 5 years opposition mark, the three have many times been habitually for something but not entirely for anything?
Don't you think the three, does deserve be under the same cotillion umbrella? Vote "YES" to ensure a red & green coalition, does become a reality in time the 2017 General.

This woman needs to sits small. Most people have already made up their minds and there's no influencing their vote. Besides voting is such a personal thing. It's really a matter of conscience. Minnis said he's voting his conscience and so should everyone else.

If he did not believe that they should pass he should not have voted for them and tell us why he voted against them.

The man is so wishy washy.

Dr. Minnis has said he voted yes on the bills to allow it to go to the people to have the final say.

Did he not say that he voted his conscience and he has not problem with the bills. . .but he believe the yes vote campaign is not educating the people adequately and ramming their "snippet" of information down the people throats! Doc never told us something is wrong with the bills. . .but the yes voters campaign process is crap! This is something that many of us joe-public have telling those yes voters snobs for the last few weeks!

SO PRAY TELL ME WHY THE HECK DOC HAVE TO TELL YOU OR ANY OTHER PERSON WHY HE VOTED YES? I DON'T GET YOU POINT. . . YOU ARE NOT MAKING ANY DANG SENSE. . .FELLA!

I WILL SAY TO DOC TO TELL YOU NOTHING! HE OWES YOU NOTHING. . .YOU ARE NOT WORTH IT. . .WE THE PEOPLE APPRECIATE HIM FOR THINKING THAT WE ARE "CAPABLE" TO MAKE UP OUR OWN MINDS. . .DANG GOOD LEADERSHIP IF YA ASK ME!

Government fail to give the people a fair chance of voting yes or no. all we can see is yes voters support but because no vote is against the yes vote they are being discriminated on. perfect example of leading by example

I agree the government fails to recognize that Bahamians vote according to their conviction.Whether that is yes or no remains to be seen, but is not beared upon by Christie or Minnis whom dispite effectively leading or not so effectively leading today's Bahamas continually prove unworthy to be moral leaders of people. Unfortunately or fortunately as the case may be this for Bahamians is a moral vote. The question now is simply "Will this vote be respected when cast?"Uncurrupted by the tangential biases which threaten our democracy daily. Voice crying in the wilderness.

I don't know what this woman expect Dr. Minnis to do? He is dang right about how this woman and her "stuck-up" elite who think they are better and superior to the masses that the masses "MUST" do what they are told. . .are carrying on! I WONDER IF THIS WOMAN THINK THAT WE CAN'T THINK FOR OURSELVES. . .AND SHE ROWING DOC FOR NOT "TALKING DOWN" TO THE BAHAMIAN TOO?

ALL THEY ARE DOING IS MAKING DOC "LOOKIN GOOD" TO THE LITTLE MAN. . .A CHAMPION OF THE LESS PRIVILEGED AND AS SUCH. . .KETCHING HELL FROM HIS "ENTITLED AND ELITE" PARTY MEMBERS!

NOW THE TALK IS THAT DOC MUST BE CAREFUL BECAUSE "PERSONS" MAY TRY TO KILL HIM BECAUSE OF HIS PROMISE TO "CRUSH" CORRUPTION IF ELLECTED PM!!

BUT I WILL VENTURE TO SAY THAT IF SUCH A "FAR FETCHED" THING SHALL HAPPEN. . .THIS COUNTRY WILL "SELF- DESTRUCT" . . .THATS THE AMOUNT OF "IN" THAT MAN HAS WITH THE MASSES. . .THEY SEE HIM AS THEIR NEXT PM. . .IF PAPA DON'T RETURN TO FRONTLINE POLITICS!! CALLING HIM ALL KIND OF "BAD" NAMES. . .ALL THE WHILE HE "KICKING THEY BUTTS" BY OUT THINKING THEM. . .ONLY SERVES TO MAKE HIM LOOK LIKE A MAN WITH THE MASTER -PLAN. . .AND WIND AND RAIN CAN'T BLOW HIM OFF COURSE!!