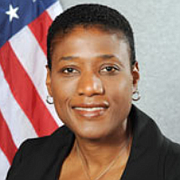 THE woman who had been nominated as the next US Ambassador to the Bahamas has passed away, the US Embassy in Nassau announced on Friday evening.

Cassandra Q Butts, 50, was nominated in 2014 by President Barack Obama to be ambassador to the Bahamas, the first since 2011.

However, Ms Butts' nomination was held up by Republicans in the US Senate.

In a statement on Friday, President Obama recalled meeting Ms Butts as a law student and noted their shared passion for "jazz and public service".

He said: "It was a passion she'd chase for the rest of her life - on Capitol Hill, at the NAACP Legal Defense Educational Fund, at the Millennium Challenge Corporation, and as an advisor of mine - but above all, as a citizen always pushing, always doing her part to advance the causes of opportunity, civil rights, development and democracy."

The US Embassy in Nassau said Ms Butts had been honoured to be asked to be this country's next ambassador and worked behind-the-scenes to the nation's benefit.

"She was greatly looking forward to forging even stronger ties between our two nations," the statement said. "Cassandra was a wonderful nominee for the Bahamas. She was an exemplary public servant with a passion for equality and justice.

"Even while patiently awaiting US Senate confirmation, Cassandra was a great friend to the Bahamas. Over the last year, she worked closely with the Bahamas in her capacity as a senior advisor at the US Mission to the United States.

"This is a tremendous loss to the United States and the Bahamas and she will be greatly missed."

What was the cause of death?

Acute leukemia, apparently, I had to look it up elsewhere. Should have been in this article, since people don't just drop dead at 50 for no reason.

Baloney. This is a sign that the Republican congress will obstruct the President of the United States on every front.

Cause of death was leukemia.