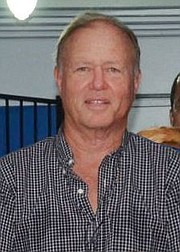 The headline in The Nassau Guardian on November 3 - “Gray Tells a Lie” - is a serious indictment on the character of the Minister of Agriculture and Marine Resources, and if it does not produce a charge of defamation against the newspaper, then it should be incumbent upon the Prime Minister to call for his resignation.

In most jurisdictions, it would considered a serious matter for a government minister to lie.

When Minister V Alfred Gray in Parliament on Wednesday called upon The Guardian to print the whole letter from him to the Bahamas’ Ambassador in China, one could only wonder what he was referring to, as clearly what was in the newspaper appeared to comprise the entire letter.

Each time that Minister Gray opened his mouth, he seemed to place his foot deeper in it! To suggest that he made it abundantly clear that “no foreigner will ever get a licence to fish in the Bahamas. Full stop. That is a non-starter. Don’t even bring it up. Non-negotiable is the term I used,” was not supported by the contents of the letter or by the draft document setting out the points of reference.

If, as the Minister states, “No foreigner will ever get a licence,” then why on earth does the fishing industry even form a part of any discussion with the Chinese government? A company incorporated in the Bahamas with less than 60 per cent Bahamian ownership is not regarded as a Bahamian company for annual registration fee purposes but for fishing purposes, it is Bahamian?

The proposal, however, makes reference to the establishment of 100 “Participating Companies” which will be granted “fishing licenses” and will be owned 50-50 by both the People’s Republic of China and the Bahamian partner. Does the Minister think that the Bahamian people are so gullible that they will believe that because no foreigners will be on the fishing boats, that the Chinese would not be benefitting from the fishing industry notwithstanding that they will own 50 per cent of each of the 100 Participating Companies and accordingly will receive 50 per cent of the profit? Indeed, something stinks in the State of Denmark!

The whole idea smells like a resurrection of the Korean fishing boat scandal several years ago when an influential supporter of the Progressive Liberal Party brought in a Korean fishing fleet to rape our waters. The scheme was, no doubt, intended to benefit a select few supporters. Fortunately, there was such an outcry from the public that the project was halted.

In the draft of the Proposed Initiative with the Chinese, it even states that with the realisation that the investment in agriculture will not produce a “reasonable return” for many years, the Participating Companies “will within months of commencement of operations, realise positive cash flow from the sale of seafood”. What part of that quote, Mr Minister, is the Bahamian public unable to understand?

When the Minister says “there was no proposal before the Government of the Bahamas or this Minister for any Chinese to enter into fishing in the Bahamas and that is true”, is he trying to suggest that he is not misleading the public because there is no proposal before this government from the Chinese, but we have placed one before them? Clearly on the basis of these discussions, the Chinese will be engaged in our fishing industry in the Bahamian vernacular, “up to their eyeballs”.

Another serious aspect of the whole scandal is the apparent belief that we have an unlimited supply of fish in our waters. Our fishing industry is at a critical level at this stage, and it would seem that in this government’s quest to appease its greatest investor, it will sell out the Bahamian people.

Is the government intending to replace the Dominican poachers with the surrogates of the Chinese?

By their reference to seafood, one would assume that this will not only involve fish, but also Crawfish, conch and perhaps the few remaining sea cucumbers.

The crawfishing industry has had its ups and downs over the last 20 years but continues to be seriously challenged by the Dominican poachers. The Grouper aggregates have, in recent years, been reduced substantially, and unless this is monitored more closely, we stand to lose the most popular Bahamian fish.

The conch beds continue to be depleted while government fiddles and continues to allow the export of half a million pounds of conch each and every year. In addition, the Minister fails to properly police the sale of conch so as to prevent the continued killing of juvenile conch.

The Minister continues to receive surveys concerning the conch population which demonstrate the critical level which has been reached in many areas, but fails to act upon it. Let the Government be reminded, for perhaps the 100th time, that the “removal” of conch from the Florida Cays was banned almost 30 years ago, and despite that, the conch have not returned in sufficient numbers so as to enable the authorities to lift the ban. Once they are gone, they are gone!

Until relatively recently, the Grand Banks of Newfoundland were regarded as the greatest fishing grounds in the world, and with the arrival of trawlers from all over the world, the schools of fish were decimated. As a consequence the Canadian government imposed a 200-mile exclusive economic zone. In the 1990s, it was necessary for the government to close all major Cod and Flounder fisheries on the Banks altogether, and it is only recently that the Canadian government authorised a limited amount of fishing. Instead of taking heed of situations such as these, our government sits back and not only ignores the challenges faced by others, but is prepared to negotiate with the Chinese in participating with Bahamians to create a massive scheme to deplete and ultimately destroy our fragile fishing industry.

Although experience has shown that the Prime Minister is reluctant to remove any of his ministers, this latest debacle would clearly present an opportunity to demonstrate real leadership and remove the minister from the Cabinet. Failure to do so would only suggest that the government sanctions this outrageous proposal to deplete our waters instead of it being only the brainchild of the Minister or the Ambassador to China. If the scheme was not authorised by the government, it is incumbent upon the Prime Minister to say so.

Do not let this fiasco replicate the embarrassment caused the government by the Minister’s interference with the judicial process in the MICAL constituency and the failure of the Attorney General’s office to prosecute the matter on the basis that there was conflicting evidence! Isn’t that always the case in matters before the court which were contested?

• Richard Lightbourn is the Free National Movement MP for Montagu