Fears That Plp Convention May Be As Late As March 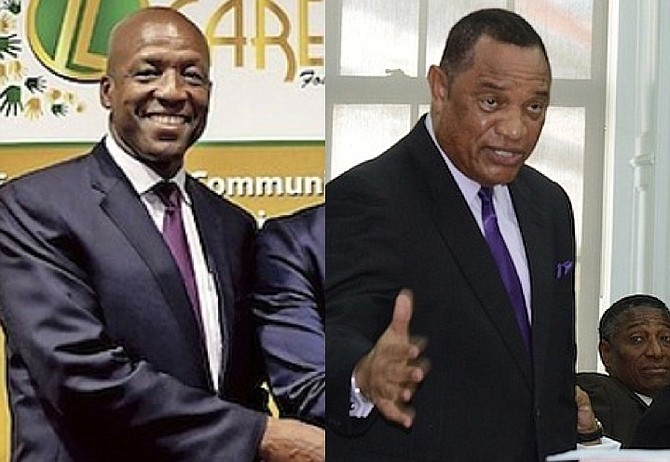 THE Progressive Liberal Party has yet to finalise a date for its national convention, nearly three weeks after postponing it, as some in the party fear the event will now be pushed back to early March amid difficulty finding available hotel dates in January and February.

PLP Chairman Bradley Roberts said yesterday that the party is negotiating with the Melia Nassau Beach Hotel to hold the convention at the “earliest date possible”.

Former PLP Cabinet minister George Smith confirmed, when contacted yesterday, that consideration is being given to an early March date for the party’s convention.

He said emailed memos about the matter have been circulated by the secretary general of the PLP.

At a National General Council meeting in October, the PLP voted to postpone its November convention because of Hurricane Matthew, which had ravaged several islands in the country.

Senior party members were concerned about the optics of hosting a celebratory event so soon after some Bahamians lost their homes or suffered extensive damage.

However, the PLP has since been criticised for moving the convention so close to the period when campaigning for the next general election is expected to start that it may encourage the party to have a muted debate about the future of its leadership, potentially depriving the challenger, Alfred Sears, of a legitimate opportunity to challenge Prime Minister Perry Christie.

When contacted, Mr Smith also said an early March convention would be unfair to Mr Sears and would hamper efforts to encourage Bahamians to vote early.

“I initially felt the postponement from November was a bad idea,” the former Exuma MP said. “I then bowed to the concern that because of the tragedy, there was a need to commiserate with those who suffered by postponing the event. Now we are finding that after being postponed to January or February it’s going to be further postponed to March. This is worrying.

“If the explanation is that the hotel isn’t available, then we ought to decide on another venue like the Kendal Isaacs Gym. If the hotel can’t accommodate the delegates coming in, give the business to the small hotels on Cable Beach and other areas. Then use the bus transportation to bring them to the convention site. We don’t always have to have a convention at a hotel. We’ve had conventions in the past at auditoriums, schools, at Worker’s House.

“What’s worrying to me is this: the Constituencies Commission ought to report to the House of Assembly well in advance of a general election. We fully expect some adjustments of the seats in New Providence and probably one or two of the Family Islands. We must find the avenue to motivate the Bahamian people to register,” Mr Smith added.

“Registration has never been this low at this juncture in the history of the Bahamas. Delaying the convention even further would also be unfair to Alfred Sears. It would send the wrong message. One message it would send is, is someone afraid of the challenge Mr Sears is mounting? Are you afraid to face the delegates in a convention? Those things are bound to pop into people’s head.”

The PLP has not held a convention since 2009, although the party is mandated by its constitution to have one every year. The next general election must be held by May 2017.

If the party is mandated by its constitution to have a convention every year then there must be some sort of penalty for not holding one (otherwise why set a rule if there is no penalty)? So what is the penalty? Does the leader, deputy leader or chairman become ineligible to run for office whenever a convention is held? Does the party become ineligible to run in the next general election? What is the penalty?????

There will be no penalty. There is no accountability. Christie and China PLP are laws unto themselves. The Bahamian people have one last chance to boot them into political oblivion come next May. If Donald Trump can stick it to the Washington elite then surely the ordinary Bahamian Joe can defeat this Chinese sponsored Mafia? The opportunity for freedom is there but are we so mentally enslaved that we won't take it? My belief is that honest, hard working Bahamians have had enough and WILL prevail.