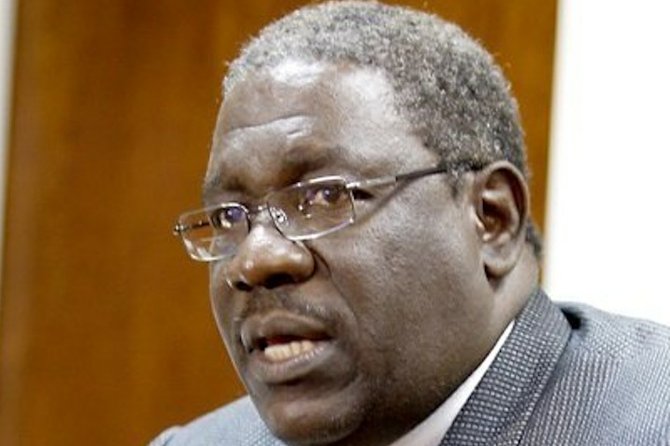 A prominent CLICO (Bahamas) policyholder yesterday criticised the government for not honouring its self-imposed mid-November deadline for the issuance of compensatory government bonds, as he said a potential end to the CLICO debacle is beginning to look more and more “like a hopeless situation”.

Bishop Simeon Hall, pastor emeritus of New Covenant Baptist Church, told The Tribune that he is “totally on edge” over whether the government would actually honour its commitment. He said he has not heard, much less received anything from CLICO (Bahamas) officials pertaining to the government bonds since the Christie administration’s October promise that they would be issued no later than the second week of this month.

“I’ve been to his place twice, I can’t see him, I’ve called at least a dozen times and I can’t get through to him,” Bishop Hall said of Mr Halkitis. “I’m totally disappointed and I’m not sure what to tell the scores of people who call to me from all over the Family Islands.

“The entire government needs to give people more information when they are disadvantaged,” Bishop Hall added. “The 13,000 people who have been disadvantaged by these people deserve an answer. And you can’t get through to the minister responsible. And I’m totally on edge with this.

“I’m tired of it. It’s been almost eight years. We were promised September, October, November, and now we’re in the third week of November. I’m totally dismayed now. I don’t know what else to say.”

Last month, the government said CLICO (Bahamas) policyholders would receive their compensatory government bonds by mid-November plus accrued interest, and that it would “earmark” over $40m to facilitate the payout process.

The bonds in question are designed to compensate clients of the insolvent life and health insurer who are owed more than $10,000. The bonds can be obtained via the exchange of promissory notes issued by the government at the end of March.

However, the government said the issuance of the government bonds would happen once the insurance license for Coral Insurance Company, the government’s special purpose vehicle (SPV) for this process, is processed and completed, which was expected to be no later than the second week of this month.

The statement said once “duly licensed with regulatory approval in hand”, Coral’s “first order of business” would be to undertake a bond offering of approximately $45m, the proceeds of which will be “earmarked” for issuance to qualified CLICO (Bahamas) policyholders in exchange for the promissory note letters issued by the government “reflecting residual claim balances owing” following the partial claims payout exercise earlier this year.

At the time, the statement signalled a potential end to the eight-year-long debacle.

And just a week before the government’s announcement, Bishop Hall had told The Tribune that he was “very optimistic” over a potential resolution to the situation.

He added: “I’ve tried to hold the people in comforting them, directing them, some of them want to resort to all kinds of (questionable) things, but I wouldn’t be a part of that kind of thing. But it is difficult to hold people back and not give them some kind of information, and that’s all I think they deserve.

“When people are disadvantaged, and they can’t get information, then disaffection sets in. And people are just feeling a sense of distance and disaffection because the government won’t answer.

“I tell you, every day people call me. A man called me from Grand Bahama, and he was talking about how the hurricane has affected him and he’s still waiting for a word from CLICO. And this is poor. There’s no other way to describe it.”

In March, Prime Minister Perry Christie promised that a collective $16m cash payout would be issued to victims of the CLICO situation before the end of that month.

Anything owed above that sum would be paid off via the issuance to former clients of seven-year promissory notes (government bonds), which will provide them with quarterly insurance payments at the prime rate (4.75 per cent).

The payout process began in March as promised, with some policyholders recovering at least some of their life savings and long-term investments, all of which were lost when the life and health insurer collapsed into insolvency in 2009.