Your Say: Wolves In Sheep’S Clothing 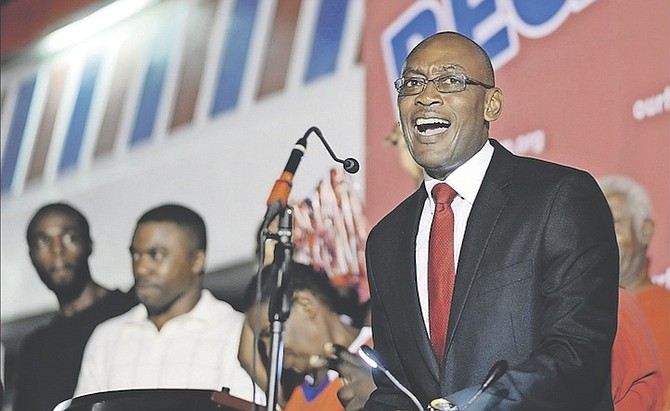 DURING the election season, there are many of us who, when we decide to enter the arena to become “servant leaders,” we do so with a sincere heart and unpolluted motives.

At the same time, there are many involved or entering who do not. The problem for those in the voting community, however, is that there are so many wolves in sheep’s clothing running around in the field that a great majority of voters now have a difficulty telling the difference between the wolves and the sheep. These less trusting voters see all as “politicians”, and as such, lump the sheep in with the wolves, to the detriment of themselves and the rest of the sheep.

Circulating via social media is a distress cry from the Progressive Liberal Party’s leadership challenger aimed at PLPs and – indirectly - the nation, suggesting that the upcoming PLP convention “is the only opportunity we’ve had in seven years and the last chance we have to improve our chances of retaining the government of The Bahamas.”

To this I say, as the gospel writer does, beware of false prophets. They come to you in sheep’s clothing, but inwardly they are ravenous wolves. By their fruit you will recognise them.

It was only a month or so back that the same argued similarly for the PLP to proceed with its November convention saying, “the people in the Progressive Liberal Party...have a fundamental right...and they ought to be provided with the constitutional right that they have to review the organisation, the policies, and the leadership.”

Now, these statements are not outstanding because, as the challenger notes, the PLP has not held a convention since 2009. But they are outstanding because never once were these same urgent or passionate arguments put forward in the name of or out of concern for the people and their constitutional rights by the former PLP parliamentarian and attorney general since 2009.

I stand to be corrected, but neither did the challenger take advantage of an obvious opportunity to put forward the same arguments when he served as chairman of the College of the Bahamas’ board and the PLP was negotiating whether to put off its convention after Hurricane Joaquin last year.

So this raises several sincere questions: why the prolonged silence and why now?

Did the people of the PLP not have the same fundamental and constitutional rights last year or in the five years prior? So why the prolonged silence? Are these really concerns of a pure heart and unpolluted motives? If so, why now and why not before? Or are they simply more wolf-in-sheep-clothing antics?

As entertaining as it may be for some, for those with keen eyes watching these antics play out while their lives go to waste, it is a sad, telling game that continues to make it difficult to distinguish wolves from sheep – to the disadvantage of the sheep.

The shake-my-head moment for many comes from the recognition that, as a result of the party leader’s generosity, the challenger for leadership was given tremendous opportunities in the last decade-and-a-half to gain prominence and notoriety among the flock. What makes matters worse is that the same generosity brought the challenger back, after a self-determined leave, to roam freely among the flock as candidate.

The apparent tragedy now in this PLP pen of sheep and wolves is that the ink was not even dry on the paper that permitted the candidate’s entry back into the fold before he graciously turned on the leader that fed and fattened him and is now pushing him out as past his usefulness. What a game.

And while this, unfortunately, has become the disturbingly warped reality of the political wild, it is still sad to watch the waste-of-time gamesmanship. And it is particularly sad to watch because it is troublingly to be done, at this moment in time, in the name and out of genuine concern to protect the sheep. But to the sheep, by their fruits you should know them.

The flock of good Bahamians continues to be depleted, and it will only worsen in the years to come if the critters who encamp around and among us are not put out of the pasture - if we do not drive them into the wilderness from whence they came. For those who do not want to go, we must find the moral courage to force them out. For those who escape and try to slip back in, we must use our good sense to shut the gate and keep them out – for good.

Bahamians, like the good shepherd, you too know and see all. Trust yourself. Peel back the layers so that you can determine whether what lies beneath those who are talking the language of sheep are in fact sheep or a refined form of wolf. Like Pope Francis says, “duplicity is the currency of the day.” You must make sure that the sheep are eventually separated from the wolves. Don’t be fooled. Our progress as a nation depends on it.

• Mark Humes is a professor at the University of The Bahamas and former president of the Union of Tertiary Educators of the Bahamas (UTEB). He is also the Free National Movement’s candidate for Fort Charlotte.