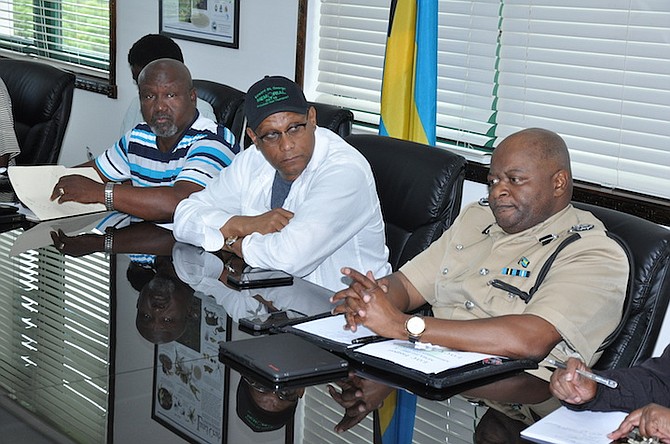 Dr Michael Darville, Minister for Grand Bahama (centre), at the emergency management meeting after which evacuation orders were issued for the island. Photo: Vandyke Hepburn/BIS

EVACUATION orders have been issued in Grand Bahama for residents in West End, outlying settlements along the southern coast and in East Grand Bahama.

Emergency Operation Centres have been activated, and all shelters were open at noon on Wednesday. 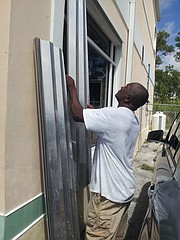 Minister for Grand Bahama Dr Michael Darville advised all residents in those areas where an evacuation order has been issued to get to a designated shelter or with families members who live inland.

Severe flooding is expected due to storm surge caused by Hurricane Matthew, which is moving towards Grand Bahama, Bimini and the Berry Islands.

Grand Bahama residents in West End, Bootle Bay, Holmes Rock and to Eight Mile Rock up to Kentucky Fried Chicken are ordered to get to shelter. Orders have also been issued for residents along the southern coast in the settlements of Lewis Yard, Pinder’s Point, Hunters and Mack Town, as well as South Bahamia and the settlement of Williams Town.

People in the evacuation zones are urged to move quickly to shelter and to take all hurricane supplies, including drinking water, food, medication and important documents, blankets and toilet paper.