Insight: A Storm To Test The Resilience Of Bahamians 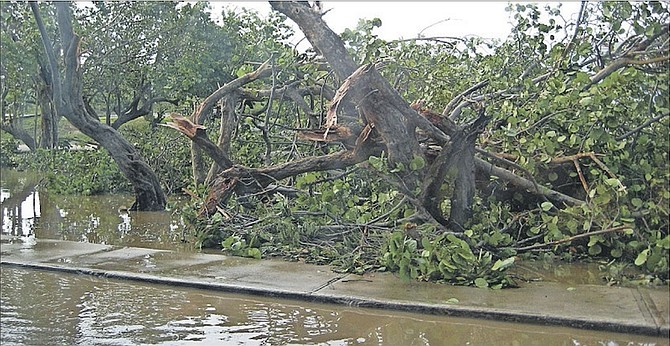 Damage in the Cable Beach area, above and below, after Hurricane Matthew hit New Providence. 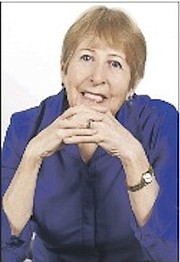 It was like an evil force determined to get through our walls and blow us and everything inside our Cable Beach home out into the elements. Hurricane Matthew pounded at our southern house wall and tore around the other sides of the building like a mad thing. The steel panels over our windows flexed frantically with the constant beating by the heavy rain and winds.

The first leak in the ceiling started in a weak spot, where there had been a leak in a previous storm. We rushed to get a bucket. Then, one by one, more leaks spurted from above us. We used up all of our pots to catch the streams of water and then started pulling out baking dishes.

The night before, I’d grabbed some of our family photos, memorabilia of nostalgic value, passports and important documents, and stuffed them into three small suitcases. I’d heard too many tales of families losing irreplaceable items in a natural disaster. I wanted to be ready if we had to evacuate. I’d also covered electronics, boxes we had in storage, and other objects with large plastic garbage bags. We still moved some of the items out of the way in case of a possible ceiling collapse.

We listened to a local radio station, but advisories didn’t seem to be up to date. Later it was reported in the newspapers that Nassau’s Meteorology department had problems with their radar equipment in the storm and they also had to be evacuated.

I attempted to follow the path of Matthew on my phone, having added a week’s data, but the internet was slow and online reports often conflicted with each other. Our sons in a nearby location kept us informed by phone whenever they found a reliable advisory.

Bahamas Power & Light Company exercised a controlled shut down across the island. The city water supply went off from time to time, but we had saved water in the bathtub. With an electric stove, we couldn’t cook anything, so we ate leftovers, bread, fruit and cereal. Later, the ice that we had made in freezer bags to preserve the refrigerated food melted and we had to throw away the remainder of the perishables.

After Hurricane Matthew stormed away from here, looking for more victims to wreak havoc on, we ventured out of our apartment. We were not surprised to see the trail of destruction Matthew left behind. Many of our roof tiles had blown off, which had caused the leaks, but some people actually lost their roofs.

The long lines at the gas pumps finally died down after a couple of days, so we were able to top up our gas. There had also been scores of residents anxiously queuing for cooked food at fast food restaurants and ice was a precious commodity. Empty shelves in food stores await fresh supplies. All of this can be tolerated though. Of paramount importance is that we have had no loss of lives here due to Hurricane Matthew, except sadly when a man from Andros died from a heart attack while he was securing his home.

Our electric supply was restored on the Saturday afternoon after 56 hours of being without power. Then it went off again for a few more hours the next day. However, we are very fortunate. There are many residents across the island whose power is not on yet, due to downed power lines or flooding. And some homes are still flooded in low lying areas. Others are badly damaged by the storm surge, which raged in from the ocean.

The Bahamas and its people are resilient though. They will rebuild their lives and in decades to come old Bahamians will tell their grandchildren about Hurricane Matthew, the devastating storm of October, 2016.

• Fay Knowles is a Scottish author and long time resident of the Bahamas and married to Long Island Bahamian Erskine Knowles. She is the author of two books - a romantic suspense novel ‘Love at Sunset’, which features a fierce hurricane hitting the Bahamas, and ‘Sunbeams from the Heart - A Collection of Twelve Romantic Short Stories’. She blogs at www.fayknowles.com

from all accounts Nassau hurricane winds were not as strong as the winds in Grand Bahama .