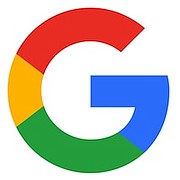 GOOGLE is helping to usher in a new way for companies to tout their brand names in the digital realm.

Last month, the search giant began publishing a new website that uses the .google, rather than the standard .com, as its domain name. The new site, blog.google, consolidates 19 previously separate Google blogs.

Google’s website is at the fore of an expected boom in websites taking advantage of a two-year-old change in internet rules that lifted the limits for these suffixes, called top-level domains. That has brought .paris, .movie and .xyz to websites and email addresses.

The new rules also can give brand names new prominence in internet addresses.

But what is fun for Google is a daunting financial commitment to others. A $185,000 application fee and annual $30,000 operation fee will keep mom-and-pop shops away from their own domains.