Burket Dorsett appointed to Board of Directors 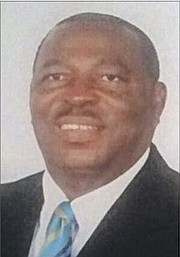 THE Bahamas will have a presence on the newly formed body to oversee the partnership between baseball and softball at the regional level.

At the recent Confederation of Pan American Softball (CONPASA) Congress in Valencia, Venezuela, the decision was made to unify all confederations in the region and work for improvements within the WBSC.

This unification and new body is responsible for the administration of softball in the Americas, Canada, the Central, Spanish and English Caribbean and South America. It serves from 2016 to 2020 and its recognition resulted in the expansion of the board to 13, including all the presidents of the major regions.

“At the moment discussions are underway with regards to the men’s and women’s CAC and Pan Am Games along with other various regional events throughout 2017. Discussions will also be had on the way forward on the federation putting forth views on teams in the region qualifying for the 2020 Olympics in Tokyo,” Dorsett said, “Even though the confederations are amalgamated they still recognised federations responsible for their region but the governing body is now officially the overseer, WBSC of Americas. The federations though would act as an appeal board within their region between member federations and their clubs. It wouldn’t change the way the game is operated locally but they are now just overseen by the WBSC to comply with rules and regulations of the organisation. They will also arrange championships for the different regions.”

Dorsett previously served as president of the New Providence Softball Association and Bahamas Softball Federation before taking the helm at ECASC.

“ECASC is looking at the possibility of having what we call the Caribbean Cup, the original championship where the Champions of their respective countries will compete for this title,” Dorsett said, “We will place a strong emphasis on youth development and the U19 division is highly favoured right now. The WBSC wants to establish specific programs for them because by time the 2020 Olympics roll around they will be in the prime of their careers and as we know, baseball and softball will be in the Olympic fold in 2020.

The WBSC was granted recognition as the sole competent global authority for both the sports of baseball and softball by the International Olympic Committee.

The WBSC has 208 National Federation Members in 141 countries and territories across Asia, Africa, Americas, Europe and Oceania.

As the recognised governing body in baseball/softball, the WBSC is charged with overseeing all international competitions and holds the exclusive rights of all competitions, tournaments and world championships featuring National Teams.