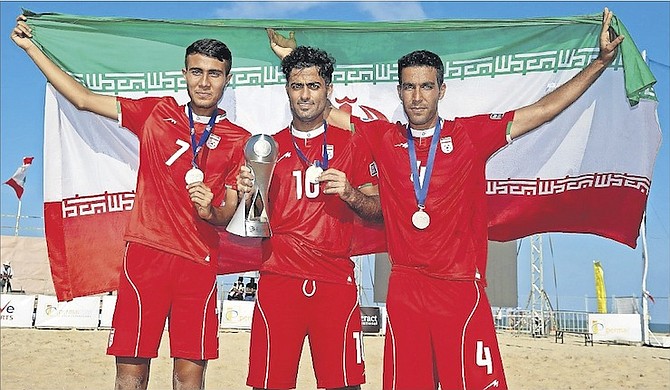 Iran began their bid to succeed Oman as Asian champions by topping Group A at the AFC Beach Soccer Championship, held in Malaysia in March.

In racking up four impressive wins in the section, they struck 35 goals and let in just three. Against the defending champions in the semi-finals, the Iranians won the day, and with it, a place at the FIFA Beach Soccer World Cup Bahamas 2017 with a hard-fought 8-6 victory.

They then regained the Asian title with an emphatic 7-2 defeat of United Arab Emirates in the final.

Iran’s biggest asset is their much-vaunted attack, led by the free-scoring Mohammadali Mokhtari, who was named the player of the tournament in Malaysia.

They boast plenty of solidity at the back too, however, with Seyed Peyman Hosseini a formidable presence between the posts, as he proved in keeping clean sheets against the hosts and China at the Asian finals. Also starring in the competition was Farid Boulokbashi, with nine goals.

Iran have made great strides in the sport in recent years, as their Asian title wins in 2013 and 2017 have shown. In making their seventh beach soccer world finals appearance at Bahamas 2017, they will be hoping to improve on their performances at Tahiti 2013 and Portugal 2015, where they failed to reach the last eight.