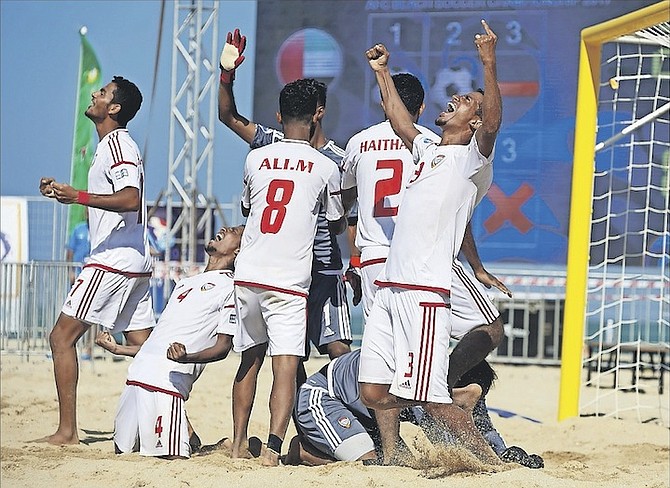 United Arab Emirates (UAE) topped Group C at the 2017 AFC Beach Soccer Championship, comfortably seeing off Iraq 6-0 and Qatar 8-1 before confirming their rich vein of form with a 5-4 win over Japan.

They booked their place at the FIFA Beach Soccer World Cup Bahamas 2017 with a 2-1 penalty shootout defeat of Lebanon in the semi-finals after the sides had drawn 4-4 after extra time. In the final, UAE went down 7-2 to Iran.

UAE drew on their teamwork and togetherness in qualifying for the Beach Soccer World Cup for a fifth time, while goalscoring duties were evenly shared, with Haithan Mohamed finding the back of the net five times and Ali Mohamed and Ahmed Beshr Salem four apiece.

Also excelling in the continental finals was goalkeeper Mohamed Abdulla, who was beaten just five times in the group phase and made some vital penalty saves.

Two-time Asian champions, the Emiratis have appeared at four Beach Soccer World Cups (2007, 2008, 2009 and 2013), hosting the competition on the third of those occasions. They have yet to advance beyond the group phase.