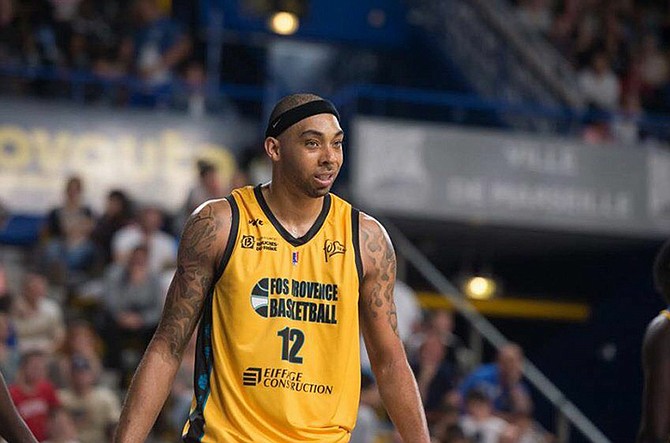 After being on the move for the past few off seasons, Jaraun "Kino" Burrows has extended his stay with his newest franchise on the latest stop of his career.

Following a late season stint and playoff run with FOS Provence Basket in French Basketball's Pro B Division, Burrows agreed to a contract extension to return to the club next season.

He helped the club to the league's semifinals.

The 31-year-old veteran joined Provence Basket in mid-April and made an instant impact when he finished with 13 points, four rebounds and four assists in his debut.

He followed with his best game of his tenure with the club thus far when he posted 16 points and eight rebounds.

Provence finished the regular season ranked No.2 in the league with a record of 22-12 and will face No.6 Nantes in the semi-finals.

The top two placed teams from each season's Pro B are promoted to the top-tier level, LNB Pro A.

Prior to his French debut, he spent the bulk of the 2016-17 season, for Hapoel Haifa in Israel's Liga Leumit - the second tier level league in the country. He appeared in a total of 26 games for them and averaged 21.7 points and 9.8 rebounds per game.

Burrows saw his stock rise after a dominant season last year with LF Basket in the Swedish Pro League.

The 6'8", 220-pound forward had the second-best scoring average in the league at 20.1 points per game and also averaged 9.2 rebounds per game.

Burrows recently completed play with the national team that finished 7th at this summer's FIBA Centrobasket tournament in Panama.

They earned qualification for 2018 Central American and Caribbean Games.