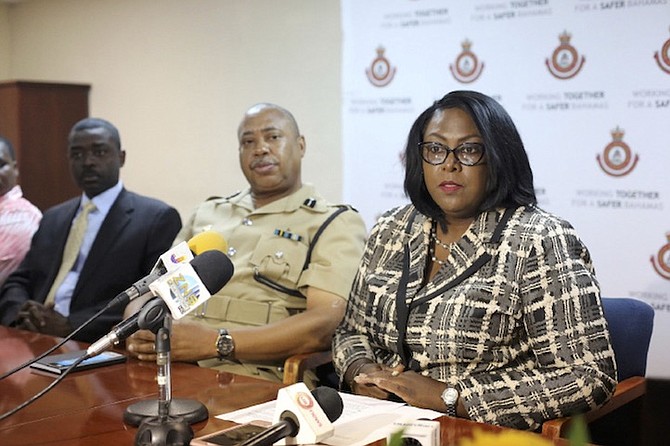 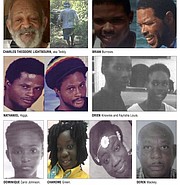 CHAROME Green, a 15-year-old girl who was reported missing on August 12, has been found, Police Superintendent Chanta Knowles said yesterday.

The officer-in-charge of missing and exploited persons said police are still searching for a number of other missing people, however, including siblings Faylisha Louis and Orien Knowles, 14-year-olds who were last seen in the West Bay Street area last week.

“We definitely have a lot of concern for these two,” Supt Knowles said. “It’s unusual to have brother and sister reported missing at the same time.”

Another child, 12-year-old Dominique Johnson of Farrington Road, was last seen on August 11 when she left home wearing a leopard print dress.

“We are encouraging parents of young children to build relationships with your kids especially during summer, Easter, Christmas times when they are away from school to structure activities so we would know where they are at all times,” Supt Knowles said. “We’re asking parents to get to know friends of your children, know where they live, have telephone contact so in cases where they may come up missing we would have some place to start.”

Police are also looking for a pair of senior citizens.

These include 60-year-old Derrick Mackey who was reported missing on August 4 after he was last seen in the Mall at Marathon area and 89-year-old Charles Lightbourn reported missing last August. The family of Mr Lightbourn is offering a $5,000 reward for information that could lead to his return.

Mr Lightbourn has a medical condition that has left him partially disabled.

“We organised a big search team,” he said. “The family assisted with K9s and we had drones. We flew over and got excellent photos from the top to assist us with the search.”

Supt Knowles also said: “We are asking persons who have family members who are elderly who are sick, have failing health or memory loss to pay attention to them especially if they are not staying in the same home, know their doctor visits, know their medication so if they too go missing we can possibly have direction.”

Police are also searching for a pair of missing Family Island residents.

Brian Burrows was reported missing on July 1. He was last seen between Fiddle Cay and Little Hog Cay, Abaco.

And the family of Nathaniel Higgs, of Eleuthera, who was reported missing three years ago seek an update from police every month on his whereabouts, Supt Knowles said.