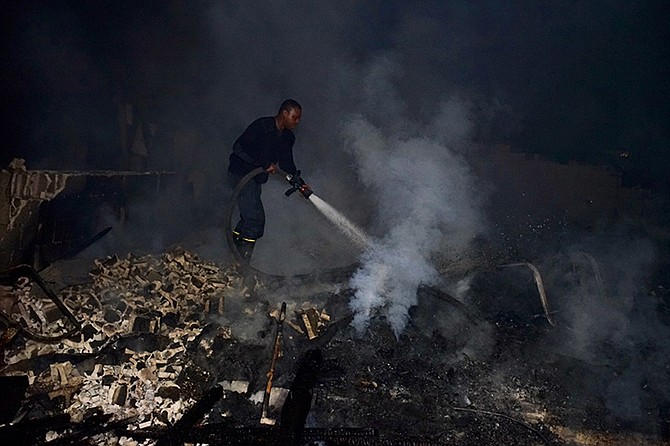 NINE people including a child are “homeless” after a fire ripped through four structures on Minnie Street last night, police said.

Superintendent Walter Evans, head of Police Fire Services, said police were called to the scene of a structural fire on Minnie Street, north of Cordeaux Avenue, after 7pm.

“There were four homes. . . and there are nine persons who are left homeless, eight adults and one child.”

The dangerous blaze threatened nearby buildings, including a preschool and a woodwork shop, Supt Evans said, forcing firefighters to work quickly to contain and extinguish the flames.

Police did not say what caused the fire.