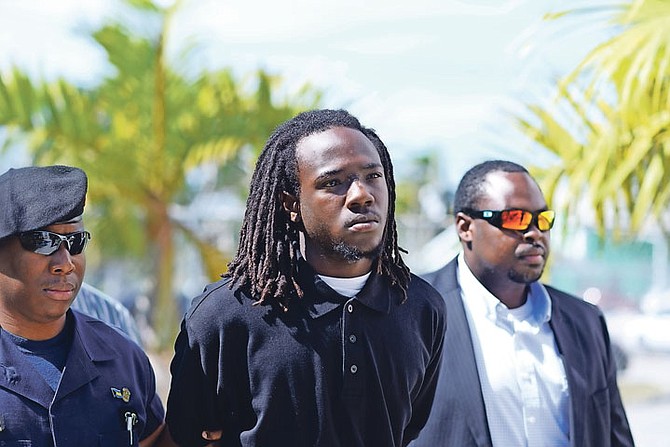 A MAN was remanded to prison on Friday after he was arraigned on a charge of murder in the Magistrate’s Court.

At around 2am on the date in question, Ferguson was fatally shot during an argument outside of a business establishment on West Bay Street, according to police reports.

It is alleged that Cooper, on the same date, was found with a black Austria .40 pistol and four live rounds of .40 ammunition, without having a licence to possess the items.

He was informed that he would not be allowed to enter a plea to the charges until he is formally arraigned before a judge in the Supreme Court.

Cooper is scheduled to return to Magistrate’s Court on April 25 for the presentation of a voluntary bill of indictment which would transfer the case from the lower court to the Supreme Court.

Cooper was denied bail and remanded to the Department of Correctional Services to await trial. However, he has the right to apply to the Supreme Court for bail.

Before the arraignment was concluded, Cooper’s lawyer, Ryszard Humes, alleged that his client was assaulted by police and that there was a visible bruise on his nose.

He asked that his client be given medical treatment.

The court placed an order on his remand warrant that he be seen by a physician upon his arrival at the Fox Hill facility.