As part of the build up to the CONCACAF championships, today The Tribune wraps up our look at the players who will represent the Bahamas, featuring profiles of the team members who carry home hopes. 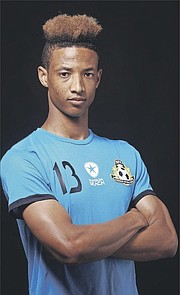 Profile - Timmy is the son of Tim and Ruth Munnings. He graduated form Kingsway Academy and is now studying abroad at the University of South Wales. He is a member of the Baha Juniors FC. He played in the Under-17 national teams for the CONCACAF qualifier in 2010, men’s national team v USA in 2015 and in the men’s national Beach Soccer team CONCACAF qualifiers in El Salvador in 2015. Currently playing for the University of South Wales men’s team in the UK, Timmy travels back to the Bahamas to play for his country. He loves the piano, learning French and is a community service volunteer. Timmy is a regular in the Bahamas Beach Soccer team.

He says - “It is always an honour to be called back to play for your country. I also had the privilege to attend the BFA training camp in Switzerland for eight weeks in the summer of 2016. I am still young and never stop learning the game that I love.” 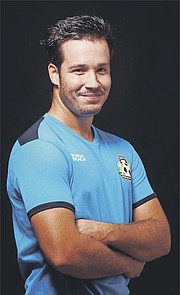 Profile - Born and raised in Nassau, football has been his passion for as long as he can remember. Attended Kingsway Academy and helped the school become a force in BAISS, reaching two finals in three years before leaving for school in America to pursue football at a higher level. Four year starter and scholarship student athlete at the University of Charleston men’s soccer programme which made it to the NCAA “Elite 8” round of the National Tournament and national ranking of 7 in Division II schools competing in the NCAA for the 2009-2010 season. Since then the programme has made the tournament every year, nearly winning it all in 2014. Obtained a Bachelor’s of Science in Chemistry while competing for the university. Represented the Bahamas at several levels including senior. Most notable win for the country was in 2007 when the Bahamas Under-23 side beat Jamaica Under-23 fielding premiership players at the second round of Olympic qualifiers in Haiti. Also was a part of the first Bahamian club team, Lyford Cay FC, to compete in a CFU Club Championship in 2015 finishing second overall in the group. Lamar is a regular player in the Bahamas Beach Soccer team. 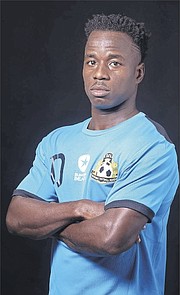 Profile - Lesly went to Doris Johnson Senior High School and played with Bears Football Club. He represented the Bahamas in just about all youth levels and played in the men’s national team at the age of 17. He played as a professional in Jamaica with Montego Bay United FC. His club won the Jamaica Red Strip Premiership in the season 2015-16. With a number of trophies including Golden Boot, MVP, Youth Player of the Year, second most goals scored in one season (36), Lesly is a regular player in the Bahamas Beach Soccer team.

He says - “Playing in Jamaica is great, but no words can describe playing for your country. I am looking forward to representing the Bahamas in the upcoming CONCACAF qualifiers.” 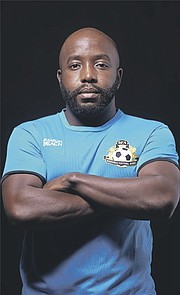 Profile - Daron is the son of Dwight and Karen Beneby. He went to College of The Bahamas and the University of Science and Technology, Beijing. He has played in the youth and men’s national teams for grass and now plays for the national beach soccer team. He also played for Bears FC and Dynamos FC men’s team. Daron likes reading, hiking and, of course, beach soccer. In 2016 Daron married his wife, Aldrinique. Daron is still a regular player in the Bahamas national beach soccer team.

He says - “Adversity is the cornerstone of opportunity. Beach soccer provides the perfect opportunity to overcome some of the most adverse conditions in sports.The Bahamas national beach soccer team has been presented with an awesome opportunity to continue to highlight the skills and resources we have to offer the world. It is a privilege to be a part of the team representing our country in both the CONCACAF qualifiers and the Beach Soccer World Cup. We will march on to conquer the adversities before us in an effort to bring the championships home and increase the Bahamian pride.” 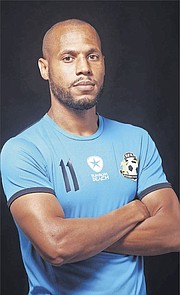 Profile - Gavin played for Cavalier FC. He was named captain of the Bahamas national soccer team (grass) from 1999 to 2014. His passion for soccer moved beyond the grass and onto the beach. His career has enabled him to travel the world, spending time in Trinidad, the United States and three years in the Czech Republic playing professional grass soccer with SK Motorlet Praha. Gavin graduated form the University of Charleston with a Bachelor of Science in Sports Medicine and several NCAA soccer accolades. Gavin is now a regular player in the Bahamas beach soccer team.

He says - “Representing my country in beach soccer for the past seven years has been a huge honour. To do it at home at the biggest beach soccer event in the world takes it to a whole new level. I am looking forward to putting on a great show for Bahamian fans and visitors.” 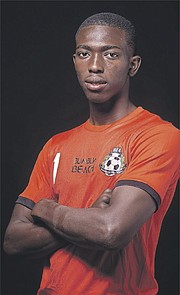 Profile - The youngest player in the team, Ivan has been part of the Bahamas beach soccer national team for over a year. He is a goalkeeper with potential “as big as the Grand Canyon” as he says. He has always liked soccer from a young age and beach soccer seemed to be more of a thrilling and exciting sport. He gravitated towards it and is keen to see where his skills can take him. A marine with the Royal Bahamas Defence Force, Ivan is a regular player in the Bahamas beach soccer team.

He says - “Being the youngest player and a marine I’ve mastered the art of learning things hard and fast because of great teammates.”