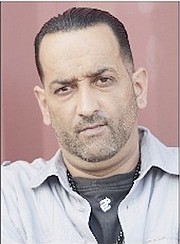 THIS week, let’s take a break from football as we’ve got The Tribune’s Super Bowl guide on Friday (don’t miss it!) to cover that.

Instead, let’s have a look back on the great occurrences on February 1 in sports history. It’s a great day, especially for tennis, with several stars giving repeat winning performances, as well as historic happenings in the Super Bowl and NFL Pro Bowl.

1976: East Lansing police arrest Dodgers reliever Mike Marshall for taking batting practice at Michigan State University after he is warned not to

2014: Ray Guy becomes the first pure NFL punter to be inducted in the Hall of Fame

Always remember, if you don’t know your past, you will never know your future!