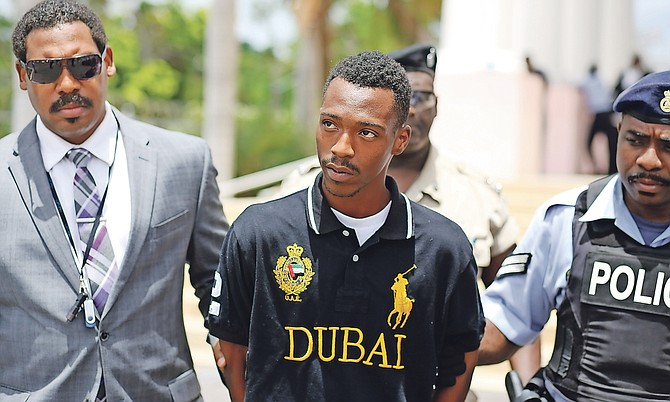 Tafari Thompson, 20, stood before Deputy Chief Magistrate Andrew Forbes accused of intentionally causing the death of Shavago McPhee and attempting to cause the death of Robert Renaldo Adderley on Sunday, June 18.

According to initial police reports, shortly after midnight on the date in question, a man drove himself to the East Street South Police Station and reported that while parked in his vehicle in the area of a school on Charles Saunders Highway with two male passengers, a gunman in a Honda vehicle shot him.

The man was taken to hospital for treatment.

Shortly after 3am, police conducting enquiries at the scene of the alleged shooting discovered the lifeless body of one of the male passengers, which was initially reported. He was pronounced dead on the scene.

Thompson was told that he would not be allowed to enter a plea to the charges until he is formally arraigned before a judge of the Supreme Court.

His case is scheduled to be forwarded to the higher court on July 26.

In the interim, given the nature of the allegations, he was remanded to the Department of Correctional Services to await trial, but was advised of his right to apply directly, or through his lawyer Maria Daxon, for bail in the Supreme Court.

Before the conclusion of the arraignment, Ms Daxon said her client expressed concern for his safety within the Fox Hill facility.

The deputy chief magistrate said it was not within his purview to direct the authorities at the correctional facility on how and where to house inmates, but said he will make a note and inform them of Thompson's concerns.