Fire Breaks Out At High School 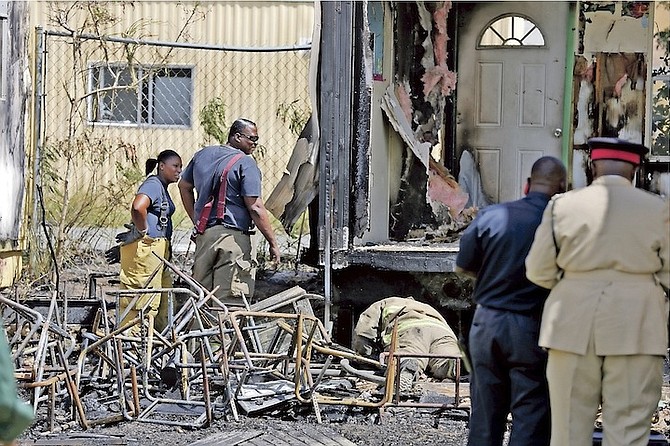 FIREFIGHTERS yesterday rushed to the A F Adderley High School after workers accidentally set several trailers at the back of the school on fire.

According to head of Police Fire Services, Superintendent Walter Evans, the old trailers - once used for classrooms - were being disassembled by workers when one of the men used a blowtorch and accidentally set one of the trailers on fire.

The fire quickly spread to a second trailer, but firefighters extinguished the blaze without incident.

No one was harmed during the fire. Supt Evans said police have no reason to suspect anything “nefarious” regarding the incident.