INSIGHT: Chinese investment – May be detrimental to Bahamas economic health 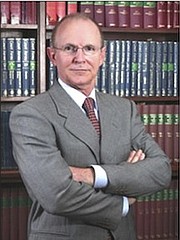 This is the second in a series of articles being written by Mr Carey Leonard, outlining why doing business with the Chinese (Beijing) is not proving beneficial to the Bahamas. Mr Leonard, a commercial lawyer, is an associate in the law firm of Callenders & Co., Freeport.

IN the mid-1990’s the Chairman of the Grand Bahama Port Authority, Edward St. George negotiated a series of deals with the Hong Kong, China based Hutchison Whampoa with respect to a container port, a sale to them of a 50% interest in Freeport Harbour and the Grand Bahama International Airport. He gave Hutchison management control of both the harbour and the airport. As the container port was something that Hutchison specialized in, and owned, they had management control of that as well.

In the late 1990’s Mr. Edward St. George also negotiated the sale of a 50 per cent interest in the Grand Bahama Development Company (“Devco”) to Hutchison.

No doubt Mr. St. George was very pleased with himself for luring a multi-billion dollar company to the Port Area. He achieved two things. Firstly, he made a good sum of money for himself and Sir Jack Hayward. Secondly, he probably thought that he had brought, to the Port Area, a company capable of investing the billions required to help make Freeport boom again.

To his credit, Mr. St. George sold the 50 per cent interest in Devco for a fraction of its real value in return for Hutchison agreeing to revitalize the hotels of the Lucayan Strip. After all, not only did Hutchison run container ports and property developments, but it also ran several hotels around the world.

As a result of his actions, Hutchison built the Container Port and this revitalized Freeport Harbour. Freeport Harbour Company also built a special complex to receive Cruise ship passengers.

In 2000 all was looking good, but there was a problem and that problem was Hutchison Whampoa, or rather the way it operates and does business.

All the projects listed above were part of the deals for Hutchison to buy in. Once they had finished construction, everything, except for the Container Port, ground to a halt and nothing has happened since, except for the downsizing and the eventual closing of all but a small part of the Grand Lucayan/ Our Lucaya (including Memories) hotel complex.

So what is it about Hutchison’s way of doing business? Why has it been so detrimental to the livelihood of thousands of Bahamians? Why is Hutchison, and its group of companies, the main reason for the downward spiral of the entire economy of Grand Bahama?

When Hutchison arrived everything looked good, but although Hutchison’s companies have been and, though in a different corporate form today, have the same Chairman and major shareholder (Li Ka-shing and his son Victor) the subsidiary companies operate as if one did not know the other.

Devco sold land and was continually reinvesting profits into capital expenditures and maintenance of the Lucayan area. This is why Devco did not pay service charges. The new purchasers of land took care of what they purchased with Service Charges while Devco continued to take care of what it owned. After all it was, and still is the largest land owner and what looked good sold well. Devco subsidized flights into the Port Area, indeed in the 1960’s one of Bahamas Airways turbo prop aircraft was mainly paid for by Devco. Later it had a large stake in Laker Bahamas.

All of the above brought tourists, second home buyers and new industry to Grand Bahama.

All this expenditure had been becoming less and less as the St. George and Hayward families were unable to sustain the sums required and the then government policy on land sales all but crippled Devco’s ability to promote the economy of the Port Area.

Perhaps it was for this reason that Mr. St George was so keen to bring in a company whose net profit was not in millions, but in billions.

Sadly, what little the St. Georges and Haywards were doing to promote the Port Area and its economy very quickly ground to a halt under Hutchison’s Chinese management.

The result was that Freeport Harbour was no longer free to give a discount with a ship, or Grand Bahama International Airport to airlines, as part of a sales promotion being staged by Devco or some special promotion by the Grand Lucayan/ Our Lucaya Hotel complex.

Hutchison had, and still has no overall development plan because each company has managed to take care of itself, often to the detriment of its sister company.

Even more telling is the fact that, when Mr. Li decided to move the head offices out of Hong Kong and reorganize his investment Hutchison Whampoa which was broken into CK Hutchison Holdings (Ports) and Cheung Kong Property (land) in 2015, even though he had over one billion dollars invested in The Bahamas, he decided to set up the head office for his newly reorganized companies in the Cayman Islands.

Why not set them up in The Bahamas and promote your investment in Grand Bahama? Both places are financial centres, both have no income tax, and over a billion dollars has already been invested in Grand Bahama.

No doubt his Chinese managers had never even thought of such an opportunity besides it is not in the Chinese culture to speak out or be inventive. Maybe they never had any intention of making a success of it all and felt that they had prevented competition of a container port and at the same time got a large tract of land, a land bank which they could hold on to and do nothing.

Think of what could be done if the synergies of the harbour, airport, hotel and land development company (Devco) were harnessed together focused on the development of the Port Area by a company worth billions and a vision.

Edward St. George, no doubt tried hard to express this vision to Mr. Li’s senior management with whom he met, but to no avail as they only saw each piece as an individual asset.

Hutchison Whampoa is reported to have spent $400 million in the redevelopment of Our Lucaya. Compared to the $500 million Kerzner spent, it is clear that Kerzner got much better value for the $500 million on the first phase of Atlantis at Paradise Island than Hutchison Whampoa did for its $400 million on Our Lucaya. Kerzner made such a success of it that he went on to spend a billion dollars more. Today, in 2017, the hotel/casino/ golf course/ marina at Paradise Island employs over 5,000 Bahamians. How many are employed by the now reduced Grand Lucayan/Our Lucaya down to one golf course operation in 2017?

In addition to getting poor value for their money, Hutchison has been incapable of properly marketing the hotel complex. This has had a knock on effect on the number of passengers passing through our airport. Unlike the Bahamas Princess, which supported Laker Bahamas Airways, which brought up to 400,000 tourists to our island each year, Hutchison has sat back and done nothing. Princess supported not only 1,100 employees, but its guests also supported the businesses in the International Bazaar. Hutchison has no guests to support the businesses in the Port Lucaya Market Place.

So what is Hutchison Whampoa doing to fill the Our Lucaya complex? They have given up on the old Holiday Inn. No they did not sell it; they extracted as much rent from it as they could from the Canadian Hotel operator SunWing. After Hurricane Mathew they entered into prolonged negotiations and, it would appear from the newspaper reports asked for more than anyone was willing to pay with the result that Memories is now closed.

In addition they have shut down the main hotel at the hotel complex leaving only a few of the original 1,100 rooms open and available for guests. This comes at great cost to Bahamian employment as the closures come with a commensurate reduction of employees adding to the unemployment on Grand Bahama.

But why should this be happening? Hutchison is located in an area of the world that contains the largest population on earth. The tourist market there is much larger than Grand Bahama’s traditional tourist market in the Northeast corridor of the United States.

Remember that when Hutchison opened Our Lucaya it had two fine golf courses. When Hutchison opened Our Lucaya Japanese golfers travelled half way around the world to South Africa to play golf yet no promotion was made or is being made to bring them to Grand Bahama. At that time there were four good courses (the Lucayan, the Reef, the Ruby and the Emerald) all within a ten minute drive. The Taiwanese airline Eva Air already had Boeing 777s capable of making the trip from Tokyo to Freeport non-stop. All of the courses were, as they still are today, grossly underutilized and in desperate need of players. Each course then needed over 10,000 additional rounds a year, that how underutilized they were and are.

Imagine 300 golfers coming in. It would take them a day each way to travel from and back to Tokyo and they may need a day to recover from the jet lag. They then could play on a different golf course on four consecutive days before returning having had a 7-day or one week golfing experience.

Now we all know that golfers have money and are constantly gambling, they bet on their golf matches and then go to the 19th hole where they play cards and backgammon, etc. They also like to dine well at high end restaurants. In other words they are some of the best visitors Grand Bahama could want. They would be here 5 nights times 300 equals 1500 room nights per week and 300 rounds per golf course (green fees, golf carts, caddies, etc).

They were doing it in South Africa so why not Grand Bahama. Hutchison could have and should have made Grand Bahama a golfing destination. Kerzner was able to make Paradise Island Atlantis a destination recognized around the world with just one golf course. The Michael Jordan Invitational attracted golfers and Hollywood big name stars each year.

But for all this to work all the Hutchison companies would have to be working together like Wallace Groves did. Indeed, Hutchison is better equipped, if it wanted to, to grow the Port Area than Wallace Groves as Hutchison has much larger capital resources to draw from.

The infrastructure is there. Often when persons come to Freeport from other parts of the world they are amazed at what they see. They speak of the potential and ask, ”What happened, why is it not developed more?”

The answer is clear and it lies at the feet of one of the world’s largest group of companies, the Chinese managed conglomerate that has no vision.

When we look at what Kerzner did with Paradise Island, with a lot less Capital at his disposal and the thousands of new jobs that he created in less than 10 years, it is clear to see that Chinese owned companies are not suitable investors for The Bahamas and certainly not for the betterment of the Bahamian citizen.

• To be continued next Monday.

It is to bad Mr: Leonard had nothing to say when his Delivery boy was selling out Freeport to the Chinese giving them Control over a harbor in East End out of the bonded area. what a difference a few dollars make.

Lest we forget the Exuma Sea Park all it took was a retainer fee, and Mum was the word.