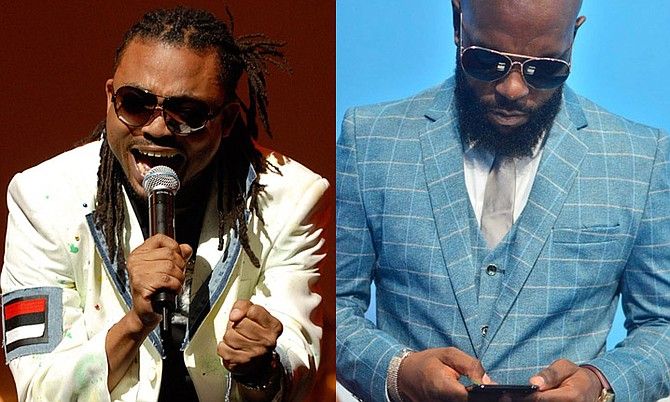 BNFC CEO Roscoe Dames also said the event will be streamlined compared to past years because of financial constraints.

The government will reduce its subsidy to the festival by as much as 50 per cent.

Last year, taxpayers contributed about $8 million to the festival, which brought in $578,342 in revenue, costing more than $9.8m overall.

In 2015, the government spent $11.3m on the inaugural festival, going over its initial budget of $9m, with the rest covered by sponsors. The first Junkanoo Carnival cost $12.9m overall.

Because of the financial constraints, the event this year will take place in the cultural village at Arawak Cay only. “Clifford Park is no more,” Mr Dames confirmed. Despite the financial cutback, Mr Dames vowed that production quality will not be diminished.

Tickets can be purchased online from Cash & Go, which also has 14 physical locations. The tickets have not yet gone live for sale.

Block parties will be held in the coming weeks to raise anticipation for Junkanoo Carnival. They will take place downtown in the square next to Pirates of Nassau on April 6, 13, 20 and 27.

Junkanoo Carnival was introduced by the Christie administration two years ago with the promise that it would attract many tourists to the Bahamas, expanding on the tourism product. So far, however, the festival has mainly attracted Bahamians.

Mr Dames could not yet reveal the commission’s projections and targets for tourist arrivals and attendance yesterday, he said, as the matter is still being assessed.

Officials have also said the festival has succeeded as a stimulant for small and medium businesses, 278 such businesses and 696 people benefitting directly from the expenditure related to last year’s festival, officials said.

........Can't the see the people really isn't in for this insult and disgrace to our culture..What a complete shame.

Comrades! Is it just Roscoe Dames, or does all officials Bahamaland "Kanaval" of the Bahamaland National Festival Commission - only speaks fluent Trinidadian?

I hope they have good insurance.

WTF is the end game here? The government is haemorrhaging money and taxing us like crazy and spending money on carnival. Explain to me the thinking here? So Bahamians are losing their homes, struggling to keep the lights on and kids in school and the government a$s!n around? The political elite in this country need a kicking.

BAHAMAS JUNKANOO CARNIVAL 2017...the biggest political rally in the history of the Bahamas.. Proudly sponsored by your ever, elusive VAT money! Don't get swing. (but yes, you will, won't you?)

Doc seems to be on board for the Bahamas Junkanoo Carnival. but he says he will privatize the event. other Countries alo have music festivals..

Boycott this foreign shit ......... Lock up these PLP cronies who are teefin the people's money

Any Bahamian who attends this event is a public disgrace.

This government is a disaster for the ages.

This is exactly what is wrong with the day to day operation of this government, deep in debt, downgrading a very real possibility, devaluation being talked about, aging infrastructure and yet no one faces the reality of making cuts.