Bulgarian’S Appeal To Be Heard Next Month 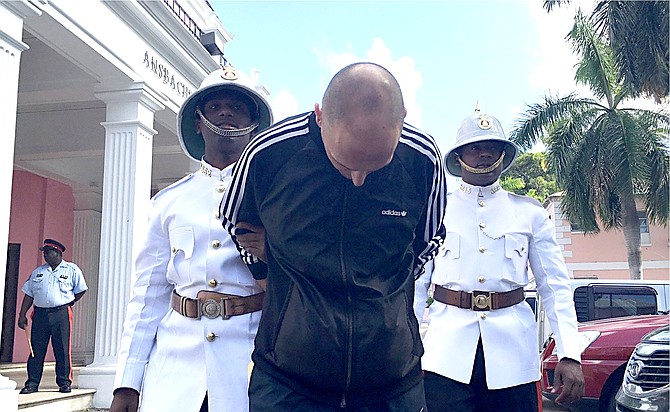 A BULGARIAN’S appeal against a money laundering conviction will be heard next month after his lawyer yesterday requested an adjournment to file additional submissions in the matter.

Kostadin Karchav, 40, who was released from the Department of Correctional Services in October 2016, returned to New Providence two weeks ago for his appellate court hearing that was scheduled yesterday.

Last November, lawyer Stanley Rolle indicated in Karchav’s absence that his client still wished to pursue his appeal against the conviction that had been filed before his October 30 release from prison.

The Court of Appeal said it would adjourn the matter to March 6, 2017,for a status hearing to allow Karchav time to formally write the court indicating that he had retained counsel and wished for the appeal to proceed in his absence.

Failure to do so in that timeframe would result in a dismissal of the appeal.

Karchav appeared in the Claughton House courtroom where his lawyer sought an adjournment of the proceedings to file additional submissions concerning his client’s appeal.

With no objection from Crown respondent Ambrose Armbrister, the new appeal date was fixed for June 22.

The jury in Karchav’s trial heard that he gave an oral confession to the crimes prior to a record of interview that was done in the presence of his then lawyer Roger Gomez II.

Sergeant Donovan Martin, of the Central Detective Unit, testified about a conversation with Karchav under caution in the presence of Inspector Deborah Thompson on February 15, 2015.

Karchav allegedly told police he had been in the country since 2014 and was a part of a credit card group in Bulgaria. It was alleged that he told officers he used his time in The Bahamas to obtain information about the models of the automated teller machines he observed. His accomplices replied with information on credit and debit cards, which he uploaded to gift cards he had brought with him when he travelled to The Bahamas.

He allegedly told a police officer that all of the funds seized by police during his arrest were proceeds from the machines, some of which were deposited to his RBC account. He also stated that he purchased a 2005 Suzuki Swift with some of the funds obtained from the bank.

Karchav, who elected to remain silent to allegations, called Mr Gomez II as a witness when the latter confirmed to his defence attorney that he sat in on a record of interview, but it was not on Sunday, February 15, 2015.

The lawyer was asked if Karchav had made any complaints when he went to see him. Mr Gomez said his then client’s complaint only concerned the cell and food.

The jury returned 7-2 guilty verdicts on money laundering with respect to the funds found in the RBC account and the purchase of the Suzuki Swift.

The jury returned a unanimous not guilty verdict on a count concerning an iPhone 6 cellular phone, of which Justice Turner said he was discharged.