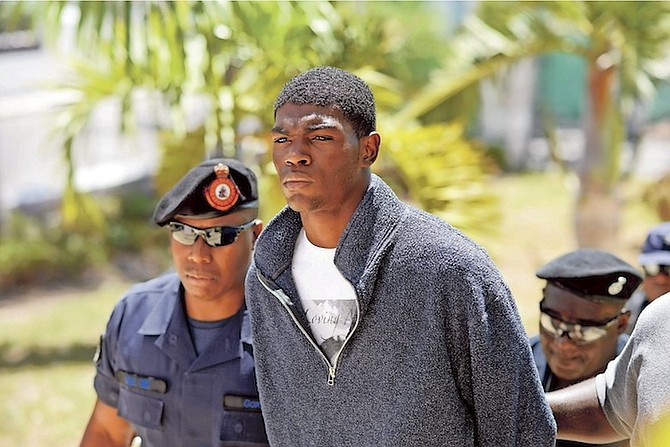 A ROYAL Bahamas Defence Force officer was arraigned in Magistrate’s Court yesterday on five charges of possession of a firearm and ammunition in connection with the seizure of a loaded handgun in the Englerston constituency over the weekend.

Coakley was also charged with possession of forged currency notes and possession of materials for forging notes. He pleaded not guilty to all of the charges.

According to initial reports from police, two men were taken into custody in connection with one of two gun seizures made on Sunday.

According to police, around 7.30pm, officers assigned to the Mobile Division of the Royal Bahamas Police Force (RBPF) were on routine patrol in the area of Balfour Avenue and Miami Street when a Nissan Fuga was intercepted with two men inside.

The officers subsequently conducted a search of the vehicle and found a .9mm Smith and Wesson pistol along with 16 rounds of ammunition. The two men, one of whom was a RBDF officer, were taken into custody in connection with the seizure, according to the police report.

Yesterday, after pleading not guilty to all of the charges, Coakley was remanded to the Bahamas Department of Correctional Services (BDCS). The matter was adjourned to June 23, at which time a status hearing will be held.