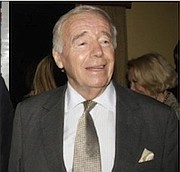 THE recent depiction of Brexit as “a disaster of unprecedented scale in peacetime” was enough to shock any objective observer of the current process of Britain’s withdrawal from the European Union. The fact that it came from a former senior Conservative Party government minister was disturbing because such hyperbole seems not to reflect the reality.

So, to follow up my recent column about Brexit developments, the competing arguments about Britain’s departure from the bloc are perhaps worth re-examining after a look at the state-of-play of the negotiations.

Even though last year’s referendum resulted in a majority in favour of the United Kingdom leaving the EU, the debate about this divisive issue continues since the result was relatively close. However, in accordance with the views of the 17 million who voted to leave, the government started the process of withdrawal by triggering Article 50 of the Lisbon treaty and the UK is on course to quit the bloc by the end of March, 2019.

At last week’s EU summit meeting it was evident that a standoff remains about the size of payments to be made by the UK to meet its obligations and liabilities arising from EU membership.

Prime Minister Theresa May has offered some 25 billion dollars in return for a transition deal. She has also indicated that after leaving the bloc and ceasing to make annual contributions to its budget the UK might make some payments for participation in “specific programmes”. But the EU wants greater clarity about the terms of a transition period and apparently will not agree to move on to talks about a trade deal without agreeing a specific financial settlement first.

The next round of detailed negotiations is due in November – including not only the so-called divorce bill but also such issues as citizens’ rights and the Northern Ireland border – with a view to obtaining a commitment from the remaining 27 EU states to trade talks by the time of the next EU Summit in December.

Thus, with the Brexit negotiations now gathering pace and Mrs. May expressing optimism despite saying that there is “some way to go”, can the apocalyptic words of that former government minister be justified?

The case for Britain to stay in the EU is based on the perceived benefit to the nation of being inside the single market. Remainers argue that membership of this Europe-wide free-trade area and of the customs union allows UK companies to trade tariff-free and without trade barriers on the same basis as all other companies in a market of 500 million people spread over 28 countries – and they maintain that, since some 43 per cent of the UK’s exports go to the EU, its single market has become the cornerstone of the UK economy.

They warn, therefore, that it would be foolish unilaterally to withdraw from such a body. That would damage the UK economy and lead to a fall in GDP while discouraging investment by foreign companies seeking access for their products to the whole single market.

Remainers also argue that Britain’s more than forty years of EU membership involving co-operation on many fronts makes it stronger as a member of a bloc that has become a political force in the world and gives its member states enhanced status at the global negotiating table. Moreover, within the EU and its single market Britain has a say in the way it is operated and is better placed to work for reform.

As for the issue of independence, they maintain that this is already curtailed by Britain’s membership of a range of international organisations which involves a diminution of sovereignty in varying degrees.

These different arguments are convincing and at first sight appear overwhelmingly to support the case for remaining. But there are other aspects to consider.

Even though being in the single market enables UK exporters to compete on an equal footing with competitors in 27 other countries, the downside is that the EU regulations which an exporter must adhere to are applied across the whole UK economy including those parts of it not involved with exporting to the EU.

Since, reportedly, only some 12 per cent of the UK’s GDP is directly accounted for by exports to the EU, this is seen as an unacceptable burden on the economy as a whole. Furthermore, a major catch is that single market membership requires the free movement of people within it so that the individual state has no control over such immigration.

Leavers point to the fact that other countries trade successfully with the EU without having to pay for the privilege through a large budgetary contribution and that, given that the UK has a large trade deficit with the EU, the latter’s member states will be forced in their own interests to strike a post-Brexit deal with the UK despite the bloc’s creation of a tariff wall to outsiders and its requirement that the EU Commission in Brussels should negotiate trade matters for all 27 member states collectively.

They also argue that outside the EU Britain will be free to strike its own individual trade deals with major economies like the US, China and India, to name just a few, and to regain control of its borders as well as over matters like fishing rights around its coast.

As for sovereignty, the EU is different from other international associations and treaty organisations to the extent that its law reaches into the essence of the national life and jurisdiction of its member states because it has primacy over their domestic legislation. Such legal supremacy is the basis for the political merger of member states and is the logic of the whole EU project whose aim is full political integration and creation of a United States of Europe.

In case of any doubt, the details were set out unequivocally in last month’s State of the Union address by the President of the European Commission. But this should come as no surprise because the EU has already acquired the trappings of nationhood in the form of a president, a foreign minister, citizenship, a passport, treaty-making powers, a criminal justice system, a written constitution, a flag and a national anthem.

Leavers want Britain to be a free-trading, sovereign nation again without the constraints of EU laws and regulations in so many areas. They want their country to make its own laws, justiciable in its own courts and over which the European Court of Justice has no say, and to control immigration; and, above all, they do not want to be part of a federal Europe.

Despite the narrowness of the referendum result, there is some evidence that these arguments in favour of leaving have been gathering support recently. Some maintain that the emphasis on the importance of the single market is partly fallacious since, as the world’s fifth largest economy and a major player on the international stage, Britain is not only strong enough to survive on its own but is well placed – with its connections in the rest of the world including the Commonwealth – to prosper outside the EU though still trading with it.

However the Brexit negotiations end up, the hard fact is that a majority of British (or certainly English) people are not prepared to sacrifice the nation’s sovereignty by participating in an EU superstate.

It remains to be seen whether a satisfactory trade deal can be struck with the EU outside the single market, but it is clear that the British government wants a new, amicable, co-operative relationship across-the-board with the remaining 27 EU states that is mutually beneficial. The UK brings much to the table, not least in areas like defence, intelligence, counterterrorism and policing as well as nuclear research and scientific development.

The future is uncertain and the stakes are high. In such circumstances prediction is unwise -- and that extreme warning by the former government minister looks at this stage to be unfounded.

• Peter Young is a retired British career diplomat living in Nassau. From 1996 to 2000 he was British High Commissioner to the Bahamas.