Top Basketball Players Eager To Try Out For Team Bahamas 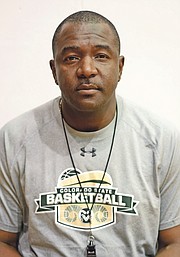 The new format for the road to the FIBA Basketball World Cup 2019 and the Pre Olympic qualifier will begin later this month when the Bahamas Basketball Federation heads to Canada before coming home to host.

The BBF's first vice president Mario Bowleg, who will also serve as the head coach of the team, said they are going to assemble some of the top professional basketball players from the various leagues around the world to participate in this first leg of the tournament.

"Out of the 24 players who have listed to participate, 18 of them have consented to come home and compete on the team," Bowleg said. "So our coaching staff is confident that out of that list, we will be able to field one of the best teams ever assembled to represent the country. A lot of the players are eager to come home and try out for the team."

Bowleg, who will be assisted by a trio of local coaches, including Kevin 'KJ' Johnson, Wayde Watson, Moses Johnson and Norris Bain out of Grand Bahama, said they will get the first opportunity to view the players when they come home for the practice session at the Kendal Isaacs Gymnasium next weekend.

From that practice, the coaches will select the team that will travel to Canada to play in the first game in the home-and-away series on Friday, November 24. On their return home, the Bahamas will host the Virgin Islands on Monday, November 27 at the Kendal Isaacs Gymnasium.

"We will have two days of intense practice here before we select the team that will travel to Canada to play in the first game on November 24," he said. "We will spend two days in Canada training before the game is played.

"After that game is played, we will return home to play again the Virgin Islands. So it's going to be important for us to make sure that we have the gymnasium full to cheer on the Bahamas team."

The Bahamas is among a list of 80 teams that will play in six windows of nine days each and has been placed in Group B with Canada, the Virgin Islands and the Dominican Republic with the top three teams advancing to the second round.

"We have three games on the road and three games at home as we play the three teams in our pool twice," Bowleg said. "So we feel if we can take care of business at home and probably sneak a win on the road, we could definitely qualify for the next round."

Following those two games, the Bahamas will then host the Dominican Republic on Thursday, February 22 and Canada on Sunday, February 25.

The team will then travel to the Virgin Islands on Friday, June 29 and the Dominican Republic on Monday, July 2. "The good thing is that this is not a Bahamas Basketball Federation team, but a Bahamas national team," Bowleg said. "We have players who are committed to coming home to represent the country.

"Once we get past the first round, we hope to have players like Buddy Hield and DeAndre Ayton, who will be able to compete as their teams would allow them to participate in the FIBA Tournament. So we are confident that with the players we have available, the Bahamas can qualify for the World Cup that will be played in China and get a chance to qualify for the 2020 Olympic Games."

Tickets, according to Bowleg, are already on sale for the November 27 game against the Dominican Republic. They are priced at $10 for general admission. He noted that VIP seating would also be available.

"We want to have the gymnasium full for these games because the fans will get to see some of the Bahamas' best professional basketball players from all around the world competing," he said.