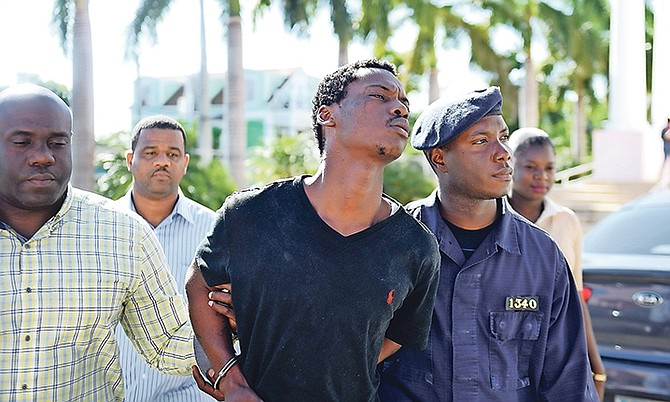 Byron Demeritte, 24, of Garden View Estates, was arraigned at Magistrate's Court yesterday on a charge of murder.

A 24-year-old man was arraigned in Magistrate’s Court yesterday charged with the murder of a Fox Hill resident.

Byron Demeritte, 24, was charged with one count of murder before Chief Magistrate Joyann Ferguson-Pratt.

He is accused of causing the death of 17-year-old Mitchell Munroe on September 16.

According to police, shortly after 6pm on the day in question, the teen was walking on Johnson Road, Fox Hill, with another man, when two men in a grey coloured vehicle approached and shot at them before speeding off.

The victim was rushed to hospital in critical condition where he later died. The other man was unharmed, however.

Yesterday, Demeritte was not required to enter a plea to the charge and the matter was adjourned to January 16, 2018 for service of a voluntary bill of indictment.

He was remanded to the Bahamas Department of Correctional Services in the interim.