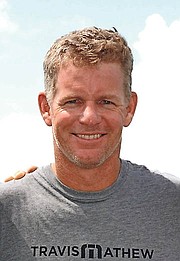 FROM the time he retired in 2016, former touring pro Mark Knowles said his intention was to come home and contribute to the sport of tennis.

Now is the ideal time.

On Tuesday, Knowles will launch his Mark Knowles Elite Tennis Programme that will be a part of the Albany Tennis Academy. The academy was opened this month and is powered by Lleyton Hewitt with Grant Doyle as the Director of Tennis.

"I always wanted to figure out a way for me to get a programme started here," Knowles told The Tribune. "I never really had a good fix until the Albury Tennis Academy came on stream. It's a good fix to do it now because of the facility and Grant Doyle can assist me whenever I'm not in town because of my coaching or doing television commentary."

In conjunction with the Bahamas Lawn Tennis Association, Knowles said they will select the top players whom they will put into the programme and help groom them for international play.

"It's a matter of us introducing a couple of kids for an after school programme because obviously they are going to be committed to the Albany Tennis Academy," he said.

"They are there full time, but we will be coming in as a complimentary role and give the kids the opportunity to train with some of the kids at the academy and even get to compete with and against them."

So far, Jacobi Bain and Sydney Clarke, two of the top junior players who are already a part of the Albany Tennis Academy, have been identified for the sessions that will run from 3:30-6:30 pm every Tuesday and Thursday.

"When I'm in town, I will oversee it and work with the kids," Knowles said. "I want to be an asset in trying to help them fulfill their potential."

Knowles, 46, want to use the programme as a means of providing the facility and the expertise for them to be able to train right at home rather than going overseas.

"I'm trying to get some private donations and some government support where we can make this bigger," he revealed. "I would like to develop a junior programme in the Bahamas where the kids won't have to be thinking about going abroad at the age of 13 and 14.

"The facility is there at Albany, which is one of the best in the world, so this is an unique opportunity for the players to grow and eventually become world class players."

As the programme grow each year, Knowles said he anticipate that the numbers will also increase as they look at developing an elite junior programme.

"It's exciting. It's something that I always wanted to do," said Knowles about giving back to the Bahamas. "Hopefully we can develop these players so that we can get the next Davis Cup or Fed Cup players that can get us back to the level that we were in the past."

With so much talent that has come along since he left the scene, Knowles said it was disappointing when players like Ryan and Timothy Neeily left the country to play for the United States.

Along with the academy, Knowles said he want to work along with the Ministry of Youth, Sports and Culture as well as Tourism, to ensure that the next set of players doesn't decide to jump ship.

He mentioned Justin Roberts, the next best player in the pipeline, who have not played at home in a major tournament in a while and should be a part of the Davis Cup team.

"It's exciting. There's nothing better than working with young kids. So I'm really looking forward to this elite programme takes of next week."

With his focus on the elite programme, Knowles said he may have to continue to put his December Invitational on the backburner. He said the important thing right now is to get the programme of the ground.