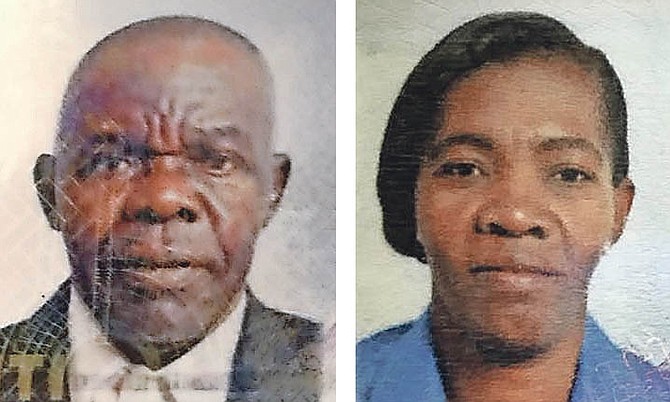 BAHAMIAN and US authorities are searching for a Bimini husband and wife who are believed to be missing at sea since Saturday, police reported.

The US Coast Guard and the Bahamas Air Sea Rescue Association (BASRA) have been called in to assist police in locating Alex Saintre, 65, and his wife, Aliseda, 45, of Alice Town.

According to police, the couple went on a fishing trip on Saturday, October 20, and have not been seen since.

After the husband and wife did not return from their fishing trip, police, BASRA and US Coast Guard officials launched a search, but have not been able to locate them.

Investigations are continuing into the matter.

Meanwhile, Grand Bahama Police are investigating a murder that occurred in the Hawksbill area where a man was found dead in an abandoned house on Friday.

According to police, the victim’s body was discovered shortly after 2pm in an unoccupied residence on Bimini Place, Hawksbill. He was pronounced dead at the scene.

The man’s name is being withheld pending notification of next of kin.

Investigations are continuing into the matter.