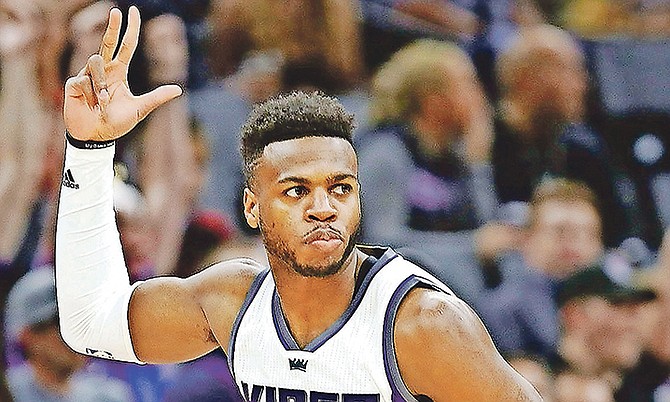 After a busy offseason, Buddy Hield and the Sacramento Kings will be back with the organisation in an official capacity with 2017-18 training camp set to tip-off in less than two weeks.

Training camp opens Tuesday, September 26 and will run for approximately a week before the NBA preseason gets underway.

Sacremento will open the preseason at home against the San Antonio Spurs on October 2 and they travel to face the Spurs on the road just days later on October 6. They get their first opportunity for a back-to-back when they face the Los Angeles Lakers and Portland Trailblazers on October 8-9 respectively. Those games are followed by a matchup with the Los Angeles Clippers October 12 and the preseason concludes October 13 against the defending champion Golden State Warriors.

The Kings open the regular season Wednesday, October 18 against the Houston Rockets.

This will be Hield’s first training camp with the Kings after he joined the team in midseason as a trade piece last season.

In his first full season with the team, Hield is looking to take on a leadership role with the Sacramento Kings and represent the “culture change” the franchise is eager to make.

Hield turned down an opportunity to appear at the Basketball Without Borders Americas camp hosted in the New Providence last July and opted instead to attend the Kings’ Summer League mini-camp to set the tone as a leader to the younger players on the roster.

“It’s my role now, it was a role for me since I was in college and I’m just trying to make that translate. I know we added some new vets to the team, but I’ll still take on a leadership role, even when they get here, trying to be the leader the young guys need me to be. Somebody has to make a change and we’re trying to change the culture around here,” Hield said.

The Kings also picked up veteran leadership in free agency with the additions of George Hill, Vince Carter, and Zach Randolph.

Hield was named to the 2016-17 NBA All-Rookie First Team this offseason.

He became the 16th player in Kings franchise history and the 11th during the Sacramento era to earn All-Rookie Team distinction, a list that includes teammate Cauley-Stein (2015-16 All-Rookie Second Team).

He played 57 games with the New Orleans Pelicans before he was traded to the Kings in February.

In 25 games for the Kings, Hield made 18 starts and averaged 15.1 points and 4.1 rebounds per game and 42 per cent shooting from three-point range.

On the season he averaged 10.6 points, 3.3 rebounds on 42 per cent shooting from the field and 39 per cent from three-point range. He finished fourth in 3-point and free throw percentage, 8th in field goal percentage and 11th in rebounding among all rookies.