Woman In Viral Video Is Accused Of Trespassing 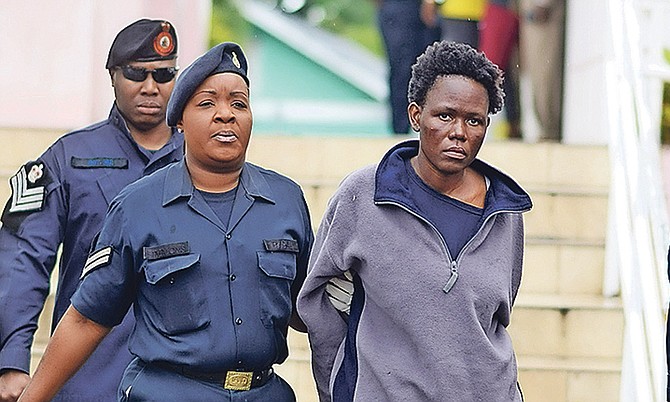 A 37-year-old Haitian woman was arraigned in a Magistrate’s Court yesterday accused of trespassing on to another woman’s property in the early morning hours of Friday.

Judith Alcime stood before Magistrate Ambrose Armbrister charged with one count of trespassing stemming from the April 13 incident.

It is alleged that around 3.25am on Friday, Alcime, without lawful cause, trespassed on Mary Taylor’s premises on Carmichael Road.

A video of the incident has since gone viral on social media, depicting a woman clad in white standing on a porch while another woman, recording the incident from inside her home, loudly protests the alleged trespasser’s actions.

Magistrate Armbrister recorded a plea of not guilty after Alcime, who was not represented by an attorney, audibly replied “No” to the charge.

Alcime said she has lived in The Bahamas for six years, but was born in Haiti. She is a resident of the Golden Isles constituency, according to legal documents.

Magistrate Armbrister ultimately adjourned the matter to May 14 for trial saying he will seek to have an interpreter present for the proceedings.

Bail was granted in the amount of $500 with one surety. However, after indicating there was no one present in court to make bail for her, Alcime was further remanded until that date or until her bond is executed.