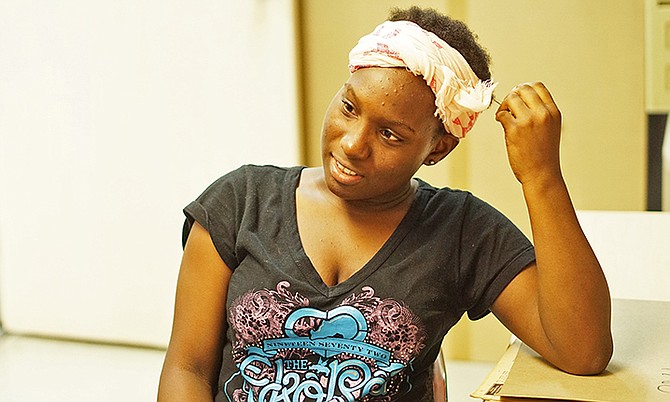 THE Cabinet Office announced on Friday that contrary to comments made by the mother of a stateless teen seeking medical treatment in the United States, the government has made no offer or promise to foot the teen's bills.

The teen's mother, Ginette Caty, spoke to The Tribune on Thursday as well as a local television network about the assurances she said she received from a government employee last week.

However, the pledge came as a shock to senior government members who said no assurances had been made to cover the teen's travel expenses and medical costs.

"The Cabinet Office announces that contrary to the information... (reported by The Tribune and another outlet) the government of The Bahamas has made no such offer or promise," the government's statement read. "The Cabinet Office refutes these claims categorically. The Ministry of Foreign Affairs is looking into the provision of a certificate of identity for Taranique Thurston in accordance with established policy."

As reported previously, 15-year-old Taranique is scheduled for brain surgery at Jacksonville Memorial Hospital on August 28.

Her citizenship status has prevented her from gaining a Bahamian passport and American visa needed for travel to the United States to receive life-saving medical treatment.

Due to her mother's naturalisation process, Taranique is currently registered in the Bahamas as a non-Bahamian born to a foreign mother and Bahamian father, who are unmarried.

Officials were said to be working on obtaining a US visa for Taranique's certificate of identity under emergency circumstances, Ms Caty told this newspaper last week.

The government issued a certificate of identity for Taranique a week ago, which stated her nationality as Haitian.

Ms Caty, 34, Taranique's mother, was naturalised as a Bahamian citizen in 2013 - more than a decade after she had applied at the required age of 18. Taranique was born before her mother got her Bahamian citizen.

Until recently, Ms Caty had been repeatedly told that her daughter would have to wait until her 18th birthday before she can apply for Bahamian citizenship.

These people and their rat are really s _ _ t disturbers.