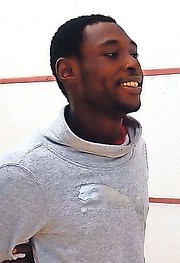 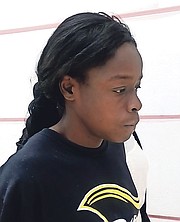 A 20-year-old man was arraigned in a Magistrate's Court yesterday over allegations he murdered a taxi driver in Hollywood Subdivision, off Cowpen Road in June.

Donte Riley stood before Chief Magistrate Joyann Ferguson-Pratt charged with one count each of murder and attempted armed robbery, as well as armed robbery in connection with two separate matters which occurred on June 9 and July 17 respectively.

It is alleged that on June 9, he murdered and attempted to rob Wilton Brown.

According to initial reports from police, shortly before 10pm on the date in question, Brown had arrived at his Hollywood Subdivision home when a car pulled up behind him.

He was shot dead and the assailant escaped.

Riley was not required to enter a plea to the charge and the matter was adjourned to October 2 for service of a voluntary bill of indictment (VBI).

In the second incident, it is alleged that on July 17, Riley, while being concerned with Anita McDonald aka Kayla McDonald, 31, of Royalty Estates, robbed Wesley Smith of $50 in cash while in possession of a handgun.

The pair were not required to enter a plea to the charge and the matter was also adjourned to October 2 for service of a VBI.

Bail was denied and the two were remanded to the Bahamas Department of Correctional Services in the interim.

Neither Riley nor McDonald were represented by an attorney.